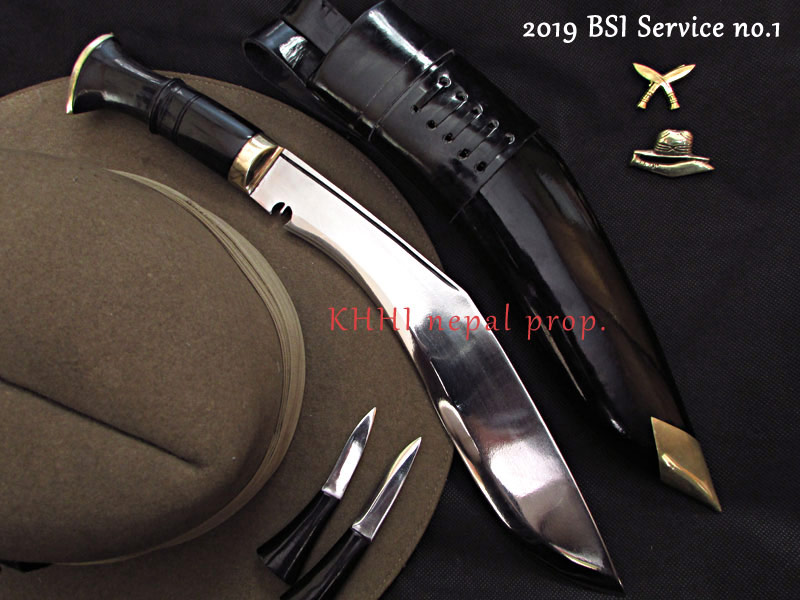 Current service kukri knives of the British Gurkhas of the year 2019-20; better and more strongly made by KHHI Nepal for public procurement..

What is BSI ?
It means British Standard Issue. Its also called BAS (British Army Standard) sometimes. It is the one that is obtained through official open tender, well inspected, approved by army officers from BGN (British Gurkhas Nepal) and actually used by the soldier.

Unlike in the previous years, this year INTAKE 2020 is engraved (stamped) on each side of the blade [INTAKE (one side) 2020 (another side)].

These are the current service issue of British Gurkhas for the year 2019-20. Service No.1 is a parade and duty knife where as Service No.2 is a fight and field knife (training, combat) provided to each new recruit by the British Army. The annual tender was for 2 kukri knives and a cap badge for the new recruits. This time the recruitment and selection process was late which only started from end 2019 and completed by Jan end 2020.

“BSI 2019-20 (Current Issue)” is the exact reproduced version of the original, in fact betterly and more strongly made by KHHI Nepal for public procurement. Both the kukris are pretty much the same as the last year’s having almost the same dimensions. After the official system of issuing 2 kukris for one soldier started in early 2000, all the models have been very identical except for little minor detail in shape, size and weight. This is majorly due to the knife being 100% handmade and supplied by various contractors each year. The history of these knives can be briefly studied in this LINK. 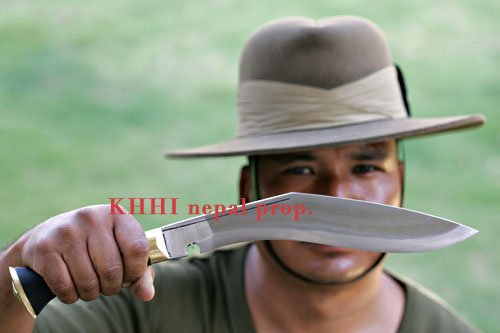 BSI 2019-20 (Service #1; Full Polished with Shiny Patent Leather Sheath) is objected for duty, parade and ceremonial events only. It is a dressed knife that a Gurkha carries in his belt when he is on duty, on guard, in parade drill and in special army events. It is always worn in the center back of the waist. The kukri and sheath both have to be highly maintained for cleanliness and shininess. It is regularly inspected by senior officers in an army event called “Khukuri JaanchPass” where soldier draw out the blade and submits the blade to the inspector.

BSI 2019-20 (Service #2; Unpolished with Dull Leather Sheath) has its blade identical to no.1 except it is fully unpolished objected for rough and tough usage. It is what we call as the "Fight and Field Knife". A Gurkha carries the kukri for training, exercise, in jungle and even in war. The knife is mostly worn in the right side of the waist. Sometimes soldiers camouflage the sheath by an army green coarse fabric. This to conceal the kukri into nature and also to protect the khukuri from rough carriage. BSI service #2 kukri can also be replaced by other models preferred by the carrier but on his own. 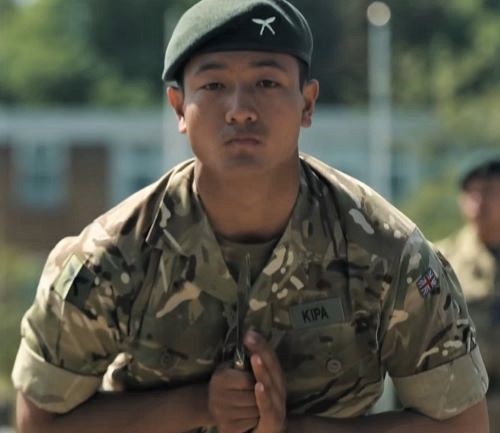 
NOTE
The price is for ONLY 1 kukri. Please mention which one YOUR MESSAGE field in the CHECKOUT page if you have bought only 1 piece. To buy both make quantity 2. 5 x FREE items with each kukri (see the list above).

know the brief history of the BSI kukri >> 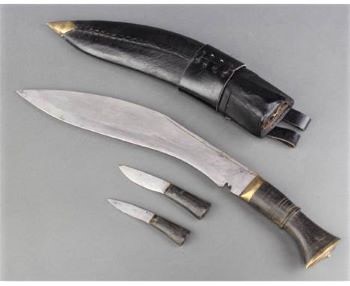 The history of BSI kukri goes back to Indian Independence in 1947 when the “Brigade of Gurkhas”  was formed by British Army from British Indian Army Gorkha regiments like 2, 6, 7 and 10th. However the 1st (proto) BSI official pattern came to use only from late 1950’s (ca 59-60) when British Gurkha Recruiting Center (Depot) was established in Dharan (east Nepal) to serve the British Army from Nepal. This is where the service kukri actually took a major development. Before that, between 1947-1958, any definite official pattern could not come out which are normally addressed as “Interim” kukris in kukri communities. It ranged from 10-11” in much simpler profile than its predecessors and were locally made in places like Gorakhpore, Barrackpore, Lehra and few in Dharan too. By the time BSI was finally designed and approved it was recognized as a secondary weapon hence its features and usage were limited to more as a recognition item and utility tool. Each soldier was given one piece. The pattern continues till today but over its long years in service many variants came along from very poorly made to high qualitative ones. From early 1990’s issuance of 2 pcs BSIs [no1 (duty/parade) and No2 (training/combat)] started. Today’s BSI 2019-20 is the latest (current) service kukris belonging to the British Gurkhas that has direct tie to the 1960’s mother pattern. Horn handle, Brass fixtures, Twin loop frog, Karda + Chakmak have always been the common features of all BSI variants form then till today. 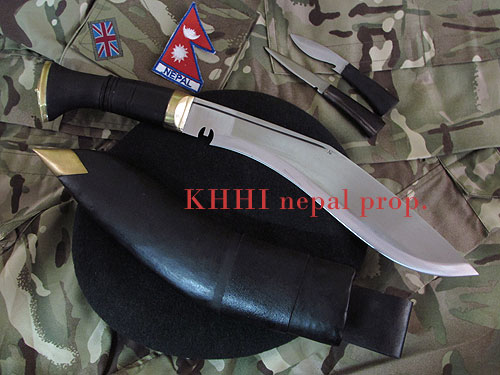 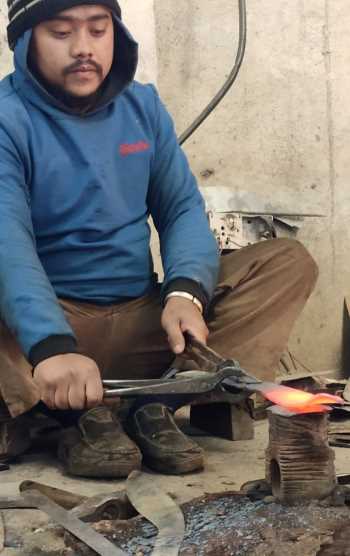 Kukri Making >> All service kukris are made from High Carbon (HC) 5160 steel supplied by scrape shops. The makers (Kamis) bring the right size steel needed to make the kukri and then the making process begins. It normally takes about 2-3 days to make a single kukri (blade+handle). Forging and hammering is a teamwork of at least 3 Kamis in which the basic shape is forged out in a forge furnace. Then the main maker single-handedly completes the knife from tip to toe in raw format (phase). After this, the machinery process of finishing the kukri takes place which is done by another expert kami designated for the job. He is called a “Finisher” whose job is the give finishing (polishing) to the raw kukri prepared by the main kami, from raw to refine. Then the Post product team will do the final cleaning, finishing, and testing. To Learn / See THE KHUKURI MAKING Process at Khukuri House click here.

See how the BSI Kukri is made in a Traditional method @ KHHI nepal...

Dear KHHI & all Gurkhas, Khukuri #1 2020 issue. I have it proudly displayed in my house. I have also taken it with me to show to many friends. I am an old US Army Veteran and I love Gurkha history. Gurkhas are the best of the best. KHHI is and should be proud to be a part of such a wonderful warrior history by making the worlds most famous knife for the worlds best warriors. Please thank Mangaldhan Biswakarma for making this beautiful and perfect Khukuri knife for me. His craftmanship is without equal. Thank You Guy J. Howard P.S. please post this on Google for me. I don't know how. I hope to order a #2 soon.

What can I say? I just received the service #1 BSI 2019-2020 Khukuri, and it is a masterpiece. I will forever cherish it, everything down to the finest detail is lovely, even the most minuscule imperfections just show it is handcrafted and unique from all others. Thank you KHHI, it was a pleasure doing business with you and I wish you all the best in the future! Namaste.

I bought this Khukuri in the 2019 BSI Service level 2 version. This came extremely sharp out of the wrapping. It is a newer model of the famous British Gurkha issue. I found this Khukuri to me almost as slender as the Chainpure domestic in some areas. I do own three other versions of it, (of previous years) that are a little broader at the chopping area. I tested it on small woods, then going to more strong wood and some bushy growth. Success. It works extremely well. The makers build an extremely solid khukuri. I did not skin or cut meat with it, except for potatoes, carrots, and other vegetables and it performed also well. ( simple little tasks). Therefore, I immediately could tell from the feel in my hands, the looks of the khukuri and the swing, choping, cutting, that this tool, is definitely as good as any of it’s predecessor mark 2 and service level 2 khukuris used by the British armed forces. I am now a very proud and honored owner of this Khukuri.

Thank you KHHI and your experts who worked on this for me with their hands to start with a piece of steel and complete it into a beautiful shaped instrument of great value. Thank you KHHI also for your promise to send my parcels within 7 days by DHL couriers. It was in my country waiting for delivery in less than that time, going though 3 customs, to get to my door? Incredible. I am sure to order many more items. Thank you. 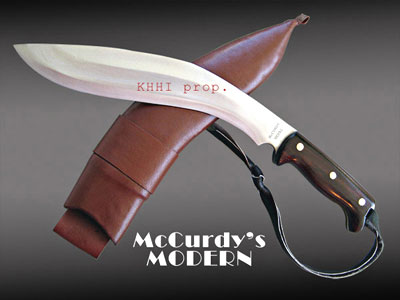 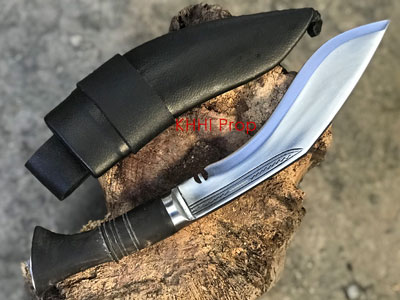 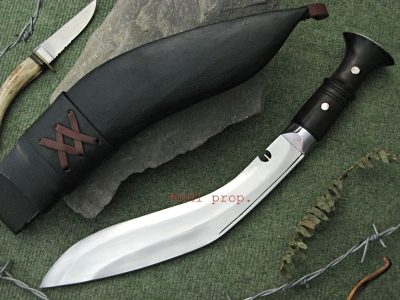 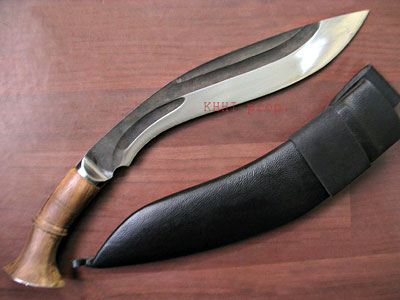