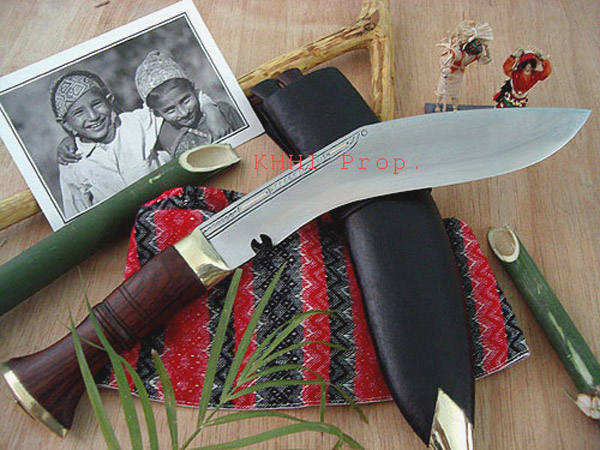 It is more than just a cutting knife for a farmer- in fact its his partner and his safe keeper - Heartily loved by all Nepalese..

A historic, iconic, old, and treasured khukuri with traditional and religious values in Nepalese culture.

Bhojpure Khukuri is fatter and heavier than the standard army knives. The blade is also made thicker to ease and quicken the cutting action. Since it is basically a cutting knife it is kept/made very simple. BhojPure these days are the modernized version of its older counterparts. They have been better finished to give a better look and appeal. A BhojPure is an outstanding working knife that can be also be used in rough conditions. It also makes an excellent and unique gift since the knife is historic, iconic, and has religious values.

Heartily loved by all Nepalese.. the ALL TIME FAVOURITE :)

Why this kukri is called "BhojPure"?

Bhojpur, a far eastern hilly village of Nepal where farming is the prime source of livelihood is famous for its khukuris (Local Production). The khukuri is named after this very old village as it is the origin source. Amongst the number of khukuris created and made by Bhojpures this format is the most famous of all that directly links the knife to the village. The original BhojPures dates back to many centuries but the exact dates and details are sketchy as it was never documented. 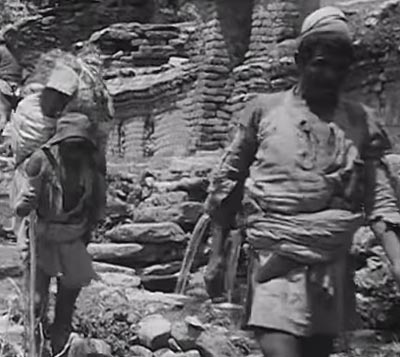 Farmers used it and still use it to accomplish their daily domestic and livelihood activities that require cutting and hacking. Their everyday routine of performing household chores and various farming activities that involve a sharp edge is accomplished by this locally forged kukri. Along with other essentials farmers carry their personal BhojPure Kukris, and by it do just about anything that is required from a sharp edge and metallic tool to make a successful living. It's also a weapon to safeguard own self from predators and offenders.

It is more than just a cutting knife for a farmer- in fact, it's his partner and his safe keeper. BhojPure because it is an old and treasured khukuri, and has its own traditional and religious values in Nepalese culture. It is believed that a BhojPure khukuri would bring good fortune and prosperity when kept at home, it would also safeguard a home from evil and Satan spirits, would help a man sleep well when kept under his pillow, a bridegroom carries his ancestral BhojPure khukuri in his sash during marriage ceremony to represent his entire family and some typical families discard a BhojPure khukuri belonging to the dead man in his last rite believing it would scare away all evil spirits and take its master to heaven. All-most-all Nepalese keep the BhojPure kukri at home primarily because of these above beliefs. 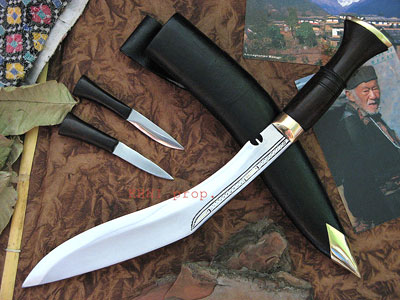 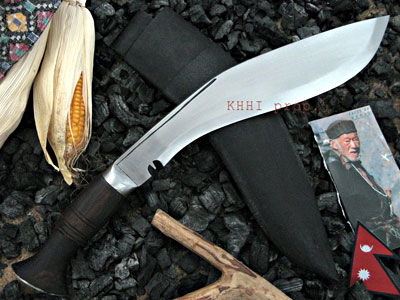 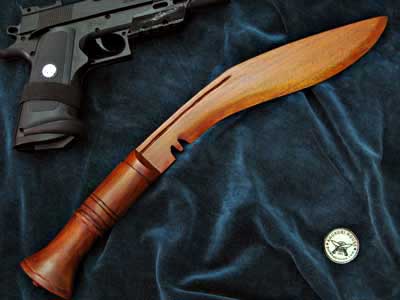 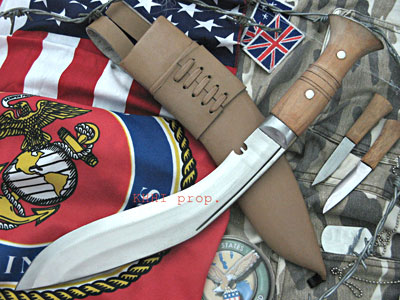 I worked for the UN World Health Organiation in Eastern Nepal (living in Biratnagar) in 2000. As was there as part of the global polio eradication program. Of course, before leaving Nepal, I wanted a souvenir and couldn't think of anything better than a real khukuri, made in Nepal. And by "real" I meant one that was used everyday by everyday people in the country. The people I had been living and worling with. I've had my khukuri now for 20 years and it's still my favorite knife! Over the years, i have used it for everything - camping, hunting, in my back yard chopping wood, making wood chips for my smoker, and SO MUCH MORE. I browse online to look at all the new "modern" khukuris but always just go back to my original one! It's a simple knife from ordinary people, but by far, one of my favorite possessions. I suspect it'll be something I will pass down to one of my children.

I have received the above Kukri and am very satisfied with the quality and your excellent service.

This is my second Kukri from you and I wanted to display them so I have made stands out of Australian Blackwood which is a very hard but attractive material. For your information, I have included three photographs showing the stands. The first Kukri I have left in its sheath but with the second one, I wanted to display the blade. The stand for this incorporates four strong magnets in a knife-shaped recess that allows the Kukri to be securely held and display the attributes of its manufacture. This way I can show off the workmanship on both of them to my friends and visitors. I hope this is of interest. 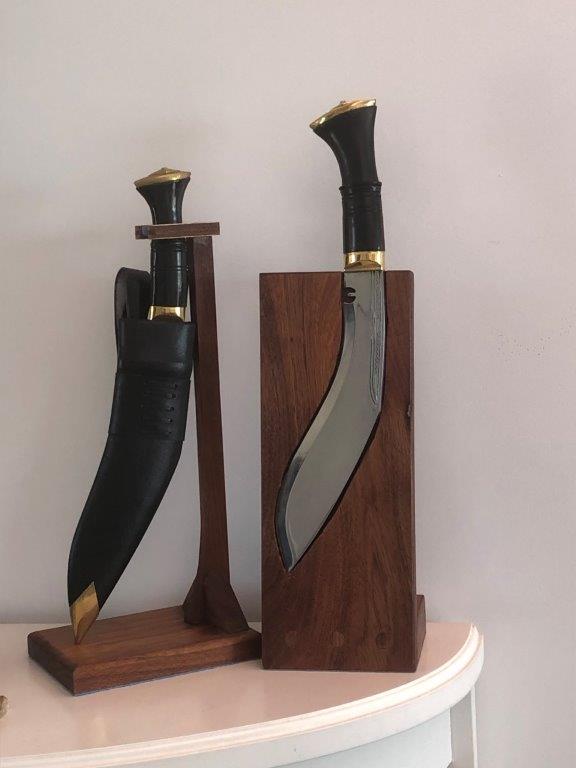 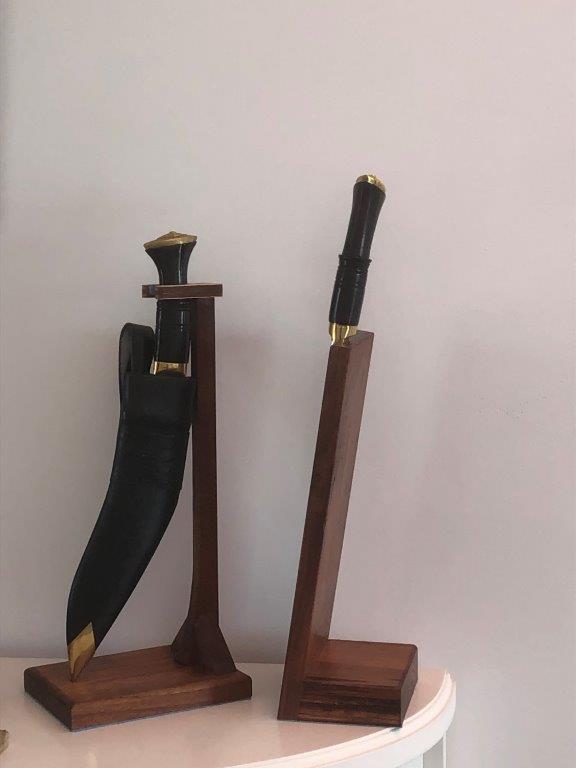 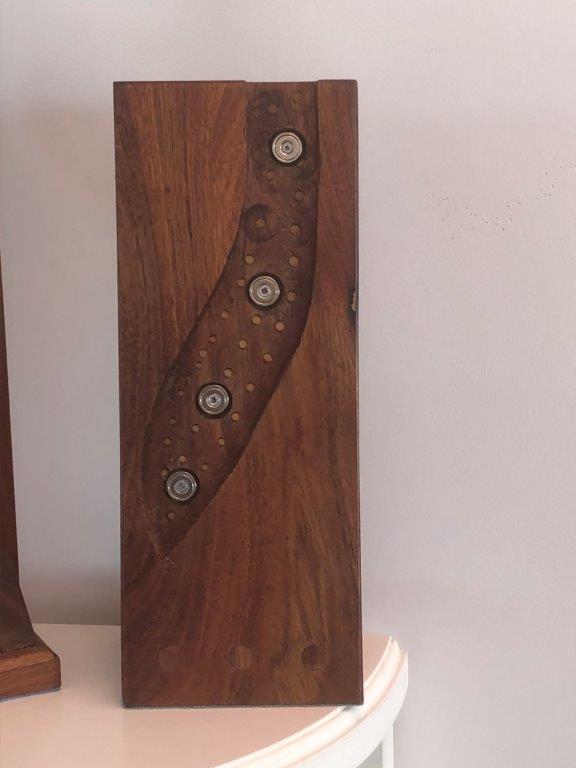 just received my first order(2 knives) and this Bhojpure is very nice indeed. lovely handle of which can also be said of the KARDA & CHAKMAK too. love the weight of this village use knife and the good sized handle that has an almost used feel to it due to the comfort hold you get. express my gratitude to BHAKTA (4) please for this impressive knife

With much appreciation Steve. 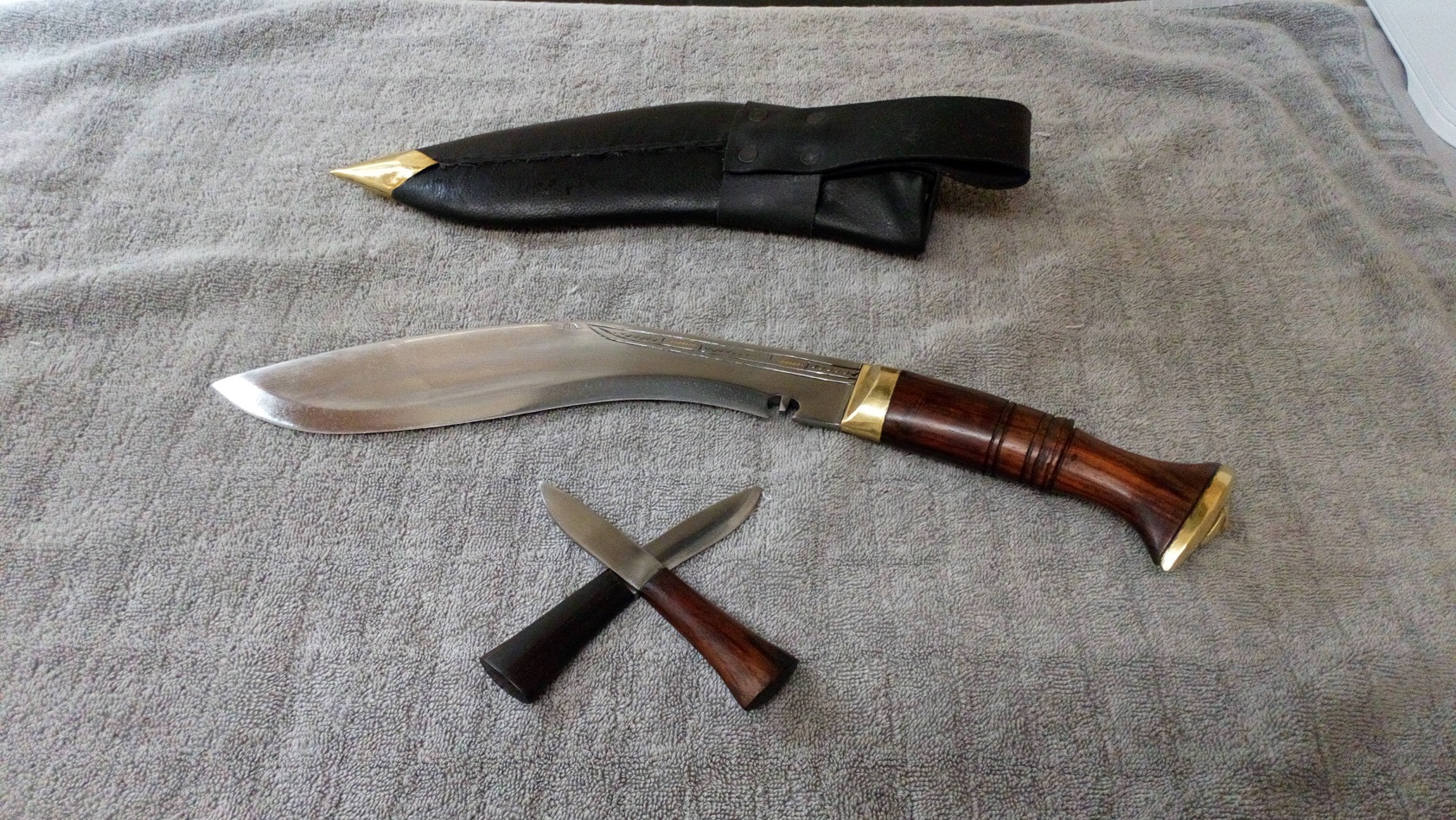 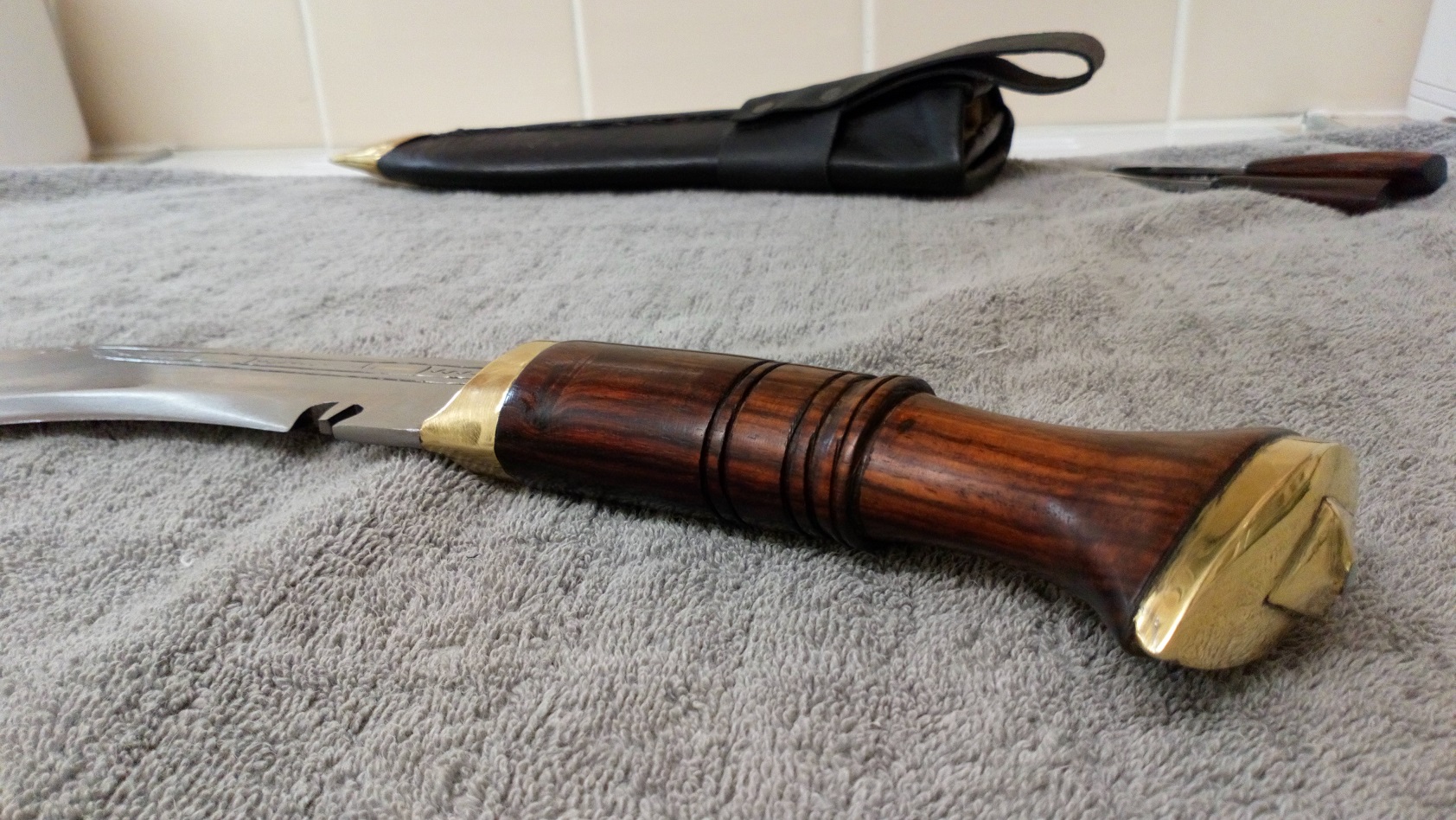