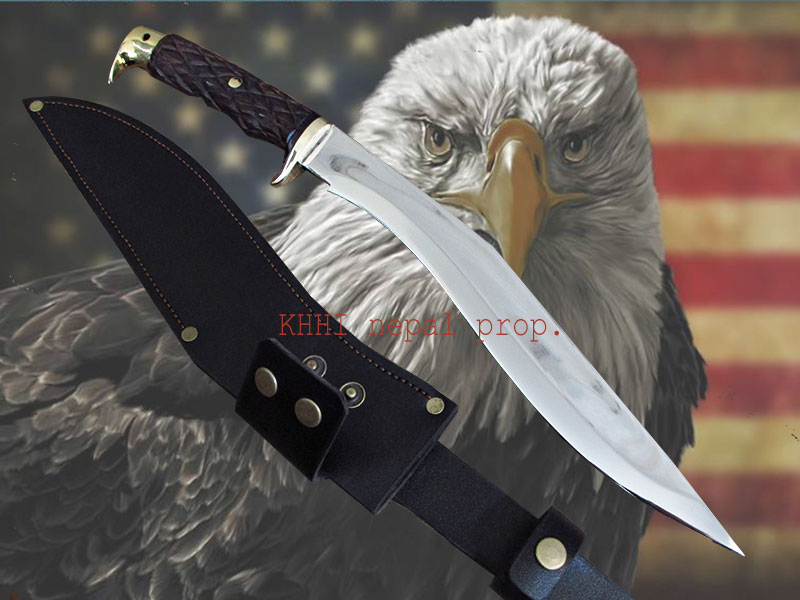 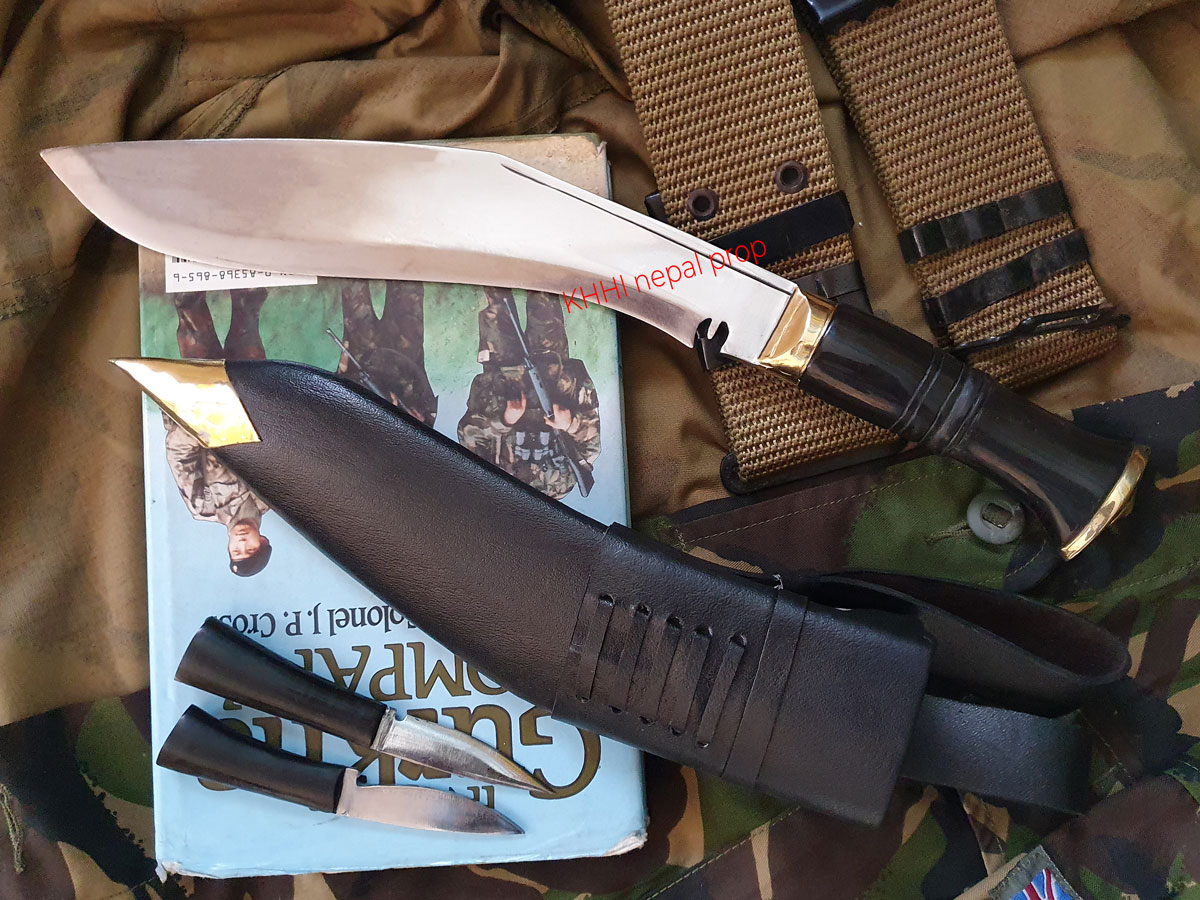 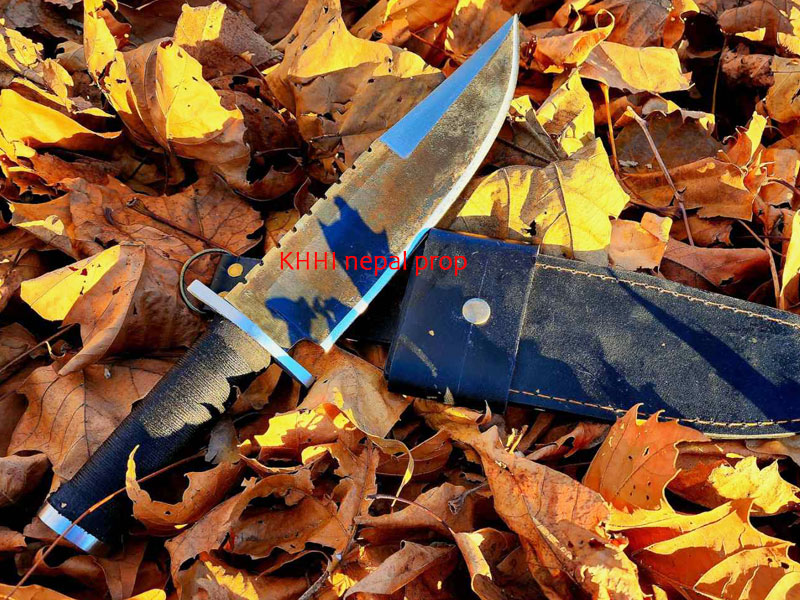 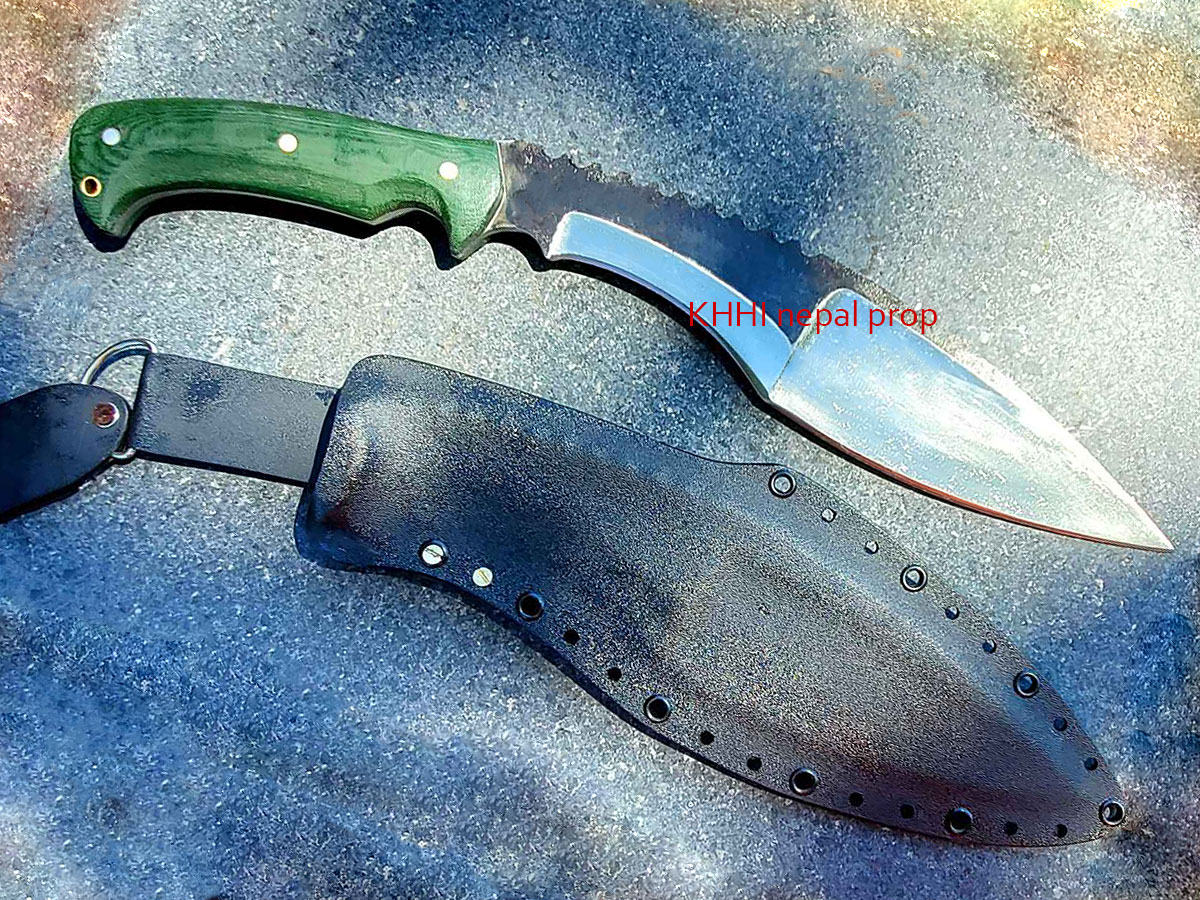 Brigade of The Gurkhas

The 1st Battalion The Royal Gurkha Rifles (1RGR) was formed in Hong Kong on 1st July 1994 on the amalgamation of the 6th Queen Elizabeth’s Own Gurkha Rifles and the 2nd King Edward’s VII Own Goorkhas (The Sirmoor Rifles).  The Battalion was initially stationed in Hong Kong leading up to the hand back and in 1996 moved back to UK to join 5th Airborne Brigade. Following the Government's announcement of the plans to restructure the Army, and with the handing back of Hong Kong to the People's Republic of China (30th June 1997) necessitating the withdrawal of the military garrison, the size of the Brigade of Gurkhas had to be reduced.
On 1st July 1994 the four Gurkha Rifle Regiments, 2 GR, 6 GR, 7 GR and 10 GR reformed into a large Regiment, The Royal Gurkha Rifles (RGR), consisting of three battalions.  However, on the withdrawal of 1 RGR from Hong Kong to the UK, 3 RGR was disbanded in November 1996.  1 RGR is currently in Shorncliffe, Kent while 2 RGR is in Brunei.  The Regiment provides one reinforcement company to The HIGHLANDERS and also provides the majority of the manpower for the two demonstration companies, at The Royal Military Academy Sandhurst and the Infantry Training Centre Wales. It was in 1999 that the First Battalion deployed as part of 5 Airborne Brigade Kosovo on Operation AGRICOLA.

The First Battalion is made up mainly by soldiers from the west of Nepal, from the Gurung, Thapa, Magar and Pun castes.  The Regiment is commanded both by British Officers, who are trained at the Royal Military Academy Sandhurst and Queens Gurkha Officers who commission from the ranks.  The British Officers all complete language training in Nepal in addition to specialist courses in jungle warfare, weaponry and tactics. The Battalion provides a number of additional troops in support of the wider Army.

The 2nd Battalion The Royal Gurkha Rifles (2 RGR) formed from the merger of 7th and 10th Gurkha Rifles and consists mainly of Gurkhas recruited from East Nepal. The Battalion has completed their move to Brunei after a 3 year tour in the UK at Sir John Moore Barracks. During this very successful tour the Battalion has been on operational tours to Bosnia and Serria Leone as well being involved in cover during Op TELIC (Iraq). The Battalion is currently involved in OP HERRICK in Afghanistan and is due to be back in Brunei in the late autumn.

The Queen’s Gurkha Engineers was first born in October 1948 at Kluang, Malaya with the formation of a single squadron. A second squadron was raised in 1950, with an RHQ forming in 1951. The Regiment moved to Malaya as the 17 th Gurkha Divisional Engineers in 1955, where it became part of the Brigade of Gurkhas.

70 Gurkha Field Support Squadron, the Queen’s Gurkha Engineers was raised as 70 Gurkha Field Park Squadron at Sungei Besi, Malaysia, on 2 April 1960. The following year it moved to Kluang in the Johore region and absorbed the Gurkha Training Squadron taking over the functions of the old Engineer Training Centre, Far East Land Forces, which had been a Royal Engineers establishment since 1948.
The Squadron was responsible for training Gurkha, British, Malayan and many other Commonwealth ‘Sappers’ in field engineering and artisan trade training. In January 1962, it became 70 Gurkha Park Training Squadron and in June 1966 it again changed its title to 70 Headquarter and Training Squadron. During that period the Gurkha Engineers were heavily committed to Borneo from the Brunei revolt in December 1962 until the end of the confrontation in August 1966.

In 1977, Her Majesty The Queen granted the Royal title of ‘The Queen’s Gurkha Engineers’ to the Regiment.

The Squadron was raised again in Hong Kong as 70 Headquarter and Support Squadron in June 1978 and once again re-titled in August 1982 to 70 Support Squadron. At this stage it comprised of a Resources Troop, Design Troop, Workshops Troop and Plant Troop. However, ‘Options for Change’ again saw the Squadron disbanded on 31 December 1993.

It was the ‘Strategic Defense Review’ of 1997 that recognized the key role performed by Sappers on operations. Consequently it was agreed that a fifth Engineer Logistic Squadron would be established and that it would by manned by Gurkhas. Owing to the pressures of operational commitments, the formation plan was brought forward by two years and 70 Gurkha Field Support Squadron QGE was reformed for the third time on 17 July 2000 at Invicta Park Barracks in Maidstone.

The establishment of 70 Gurkha Field Support Squadron QGE mirrors the four other Engineer Logistic Squadrons within the Corps of Royal Engineers. It comprises of : Squadron Headquarters with clerical and signal support.

70 Gurkha Fd Sp Sqn QGE has played its full part in the activities and service of the Brigade of Gurkhas and the wider British Army. It is a fully integrated unit, capable of all the roles allocated to it. It particular the years since its reformation in 2000 have seen considerable operational service throughout the world, and it remains poised to deploy anywhere as part of a UK, NATO or coalition formation. Jai QGE!

British Army signaling can find its origin in the Royal Corps of Engineers in 1870, when the first Telegraph Battalion was formed. Signaling remained the prerogative of the Engineers for 58 years until the formation of the Corps of Signals in 1921. It is hardly surprising therefore that the initial employment of Gurkha signalers be in the three Indian Corps of Sappers and Miners (Bombay, Bengal, and Madras) in 1911. This development was rather haphazard and it wasn't until the First World War that whole companies of Gurkha signalers existed within these three Corps. In 1920 these companies were formed into the Indian Signal Service and each 'Line and Wireless' companies within the service were given a letter designation. In 1921 'G' Divisional Signals, which was approximately regimental size, was based in Rawalpindi and included British and Gurkha soldiers. 'G' Divisional Signals had a small Regimental Headquarters (RHQ), No 1 Company and No 2 Company, the latter incorporating three Infantry Brigade Signal Sections and three Royal Artillery Brigade Signal Sections. It was this No 2 Company which was totally Gurkha in composition and which grew to such a size that by necessity it had to be eventually split into two. These Gurkha signalers distinguished themselves in the Waziristan troubles in 1923 and during the state visit to Nepal in 1921 of His Royal Highness the Prince of Wales on a hunting trip. But it was eventually decided in 1928 that there was an insufficient trained reserve of Gurkha signalers and that they should be allowed to waste out of the army.

When India gained independence from Britain in 1947 only 4 Regiments of Gurkhas, each of two battalions, were transferred from the Indian Army to the British Army. The 2nd, 6th, 7th, and 10th Gurkha Rifle Regiments moved to Malaya and Hong Kong in 1948. The impending Malayan Emergency provided the impetus in June 1948 for the formation of the 17th Gurkha Infantry Division and it was decided that the signals units for this new division should be Gurkha in composition. In July 1948 the training cadre, from which this new division's brigade signals units would eventually be drawn, was formed and initially consisted only of a handful of British Non Commissioned Officers (NCO) and other ranks. An establishment was created at the Command Headquarters site, in Kuala Lumpur, called X Brigade Signal Squadron and it was to this Squadron that Major A G C Cox MBE R SIGNALS was posted in October 1948. The X was used because no-one knew quite what to call them, but it was intended that this would be the first installment towards a Gurkha Division Signal Regiment. The remainder of 1948 was used in forming the training cadre from experienced British and Gurkha instructors, and with gaining the approval of establishments for a Training wing and an Independent Brigade Signal Squadron from General Headquarters (GHQ) Far East Land Forces (FARELF). Although it had been envisaged that the first group of 110 trainees would arrive on 1 Jan 1949 the approval for the establishments was not given until May 1950.

The Queen’s Own Gurkha Logistic Regimant (QOGLR) is the junior of the “Brigade of Gurkhas”. Raised in 1958 in Malaya as the Gurkha Army Service Corps (GASC), it became the Gurkha Transport Regiment (GTR) in 1965, following the reorganization of the army’s logistic services, and in 1992 it was granted the royal title of the Queen’s Own Gurkha Transport Regiment (QOGTR). In 2001 its title was changed again to the Queen’s Own Gurkha Logistic Regiment (QOGLR), reflecting the regiment’s wider role in providing logistic support to the Field Army. During their existence units of the regiment have been stationed in Malaya, Singapore, Brunei, Hong Kong and the United Kingdom and have served on operations in Malaya and Singapore, Brunei, Borneo, the Persian Gulf, Cyprus, Bosnia and Kosovo. 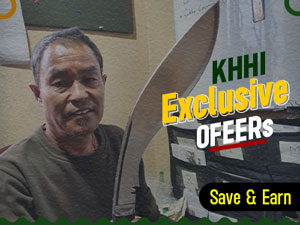