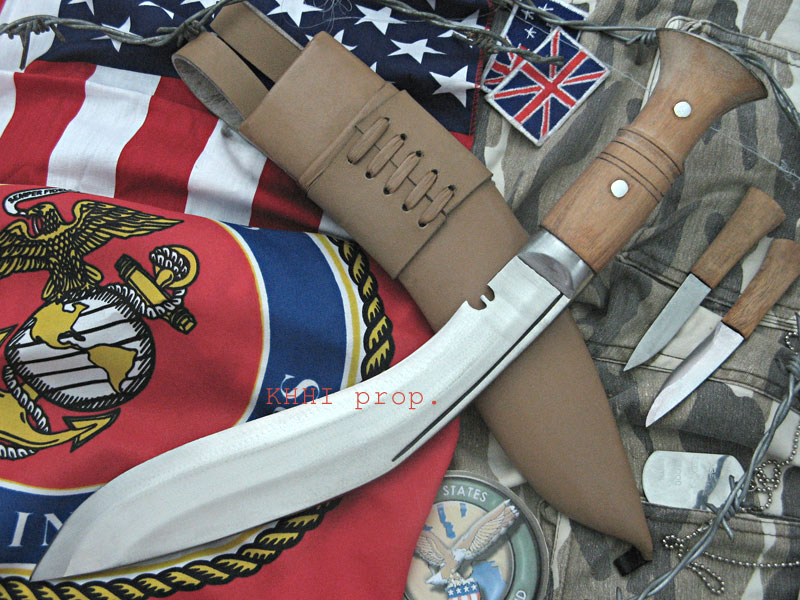 A special and lethal kukri made by Khukuri House, KHHI designated for the soldiers serving in Iraq.. 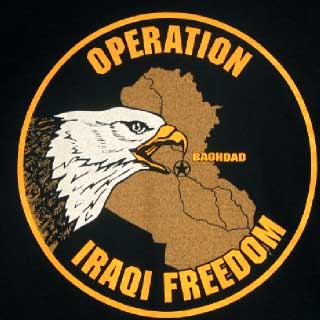 Operation Iraqi Freedom Khukuri (OIFK) is a special and unique khukuri (knife) made by KHHI nepal designated for the soldiers serving in Iraq. It is obviously not an issued knife but can be carried by interested soldiers. It is especially created to be a part of the warfare kit carried by the troops of the coalition force. A belief in Nepalese culture as “Kukri” being the protector because of its religious and practical values may possibly play a role in encouraging or stabilizing the minds and mission of the soldiers in the front line.

This kukri blade is basically the “World War” version (private purchase) used by Gurkhas during world war days however, with an improvised finishing. Unlike its siblings, the blade is semi-polished and has a fuller or chirra from tip to the notch area on its surface level/panel. It is designed so to give more strength and durability to the width of the blade while in use and at the same time cuts down the unnecessarily weight of blade as in the I-beams concept. The curvature will also give much needed support to the flat surface for heavy duty work as it absorbs the direct impact felt by the edge of the blade. It is a display of true craftsmanship as it is the hardest to craft. The unpolished blade also skips the long machinery process of getting polished and as a result the temper stays on resulting into stronger edge/bevel and additional sharpness. 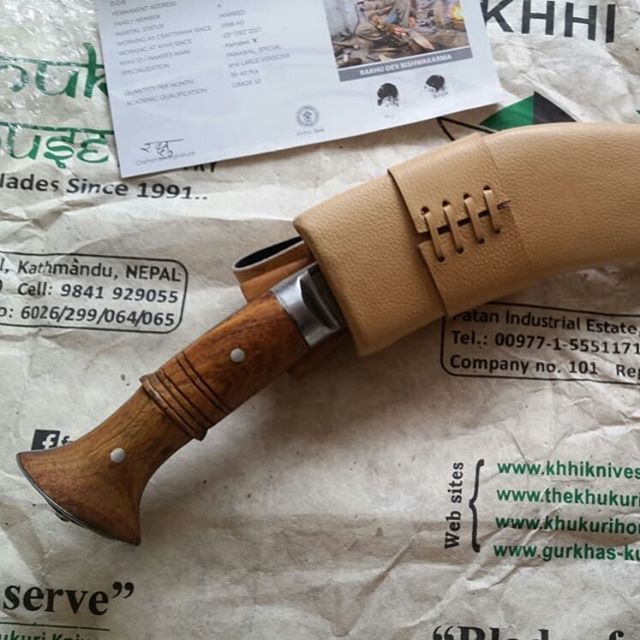 The handle of this kukri is made like that of the famous “Panawal” version where the full flat tang goes all the way through the handle and aluminum rivets are fitted to strengthen the whole fixture. The metal tang can also be clearly seen at the two sides of the handle. Both, bolster and pommel are also made in steel to give strength and better look. An extra effort is put to make the handle from white Indian rosewood to match the scabbard and uniforms of the troops.The handle has a typical kukri profile.

Like its handle, the sheath of this knife is also made in cream (Off White) color leather to give a uniform look and stay with the desert color theme. The color also gives a perfect camouflage to dodge the eyes of enemies. The sheath is durable and displayable as well.

The kukri has engraving in one side of the blade; “OIFK" to dedicate this special unique knife to the cause and mission of the war. 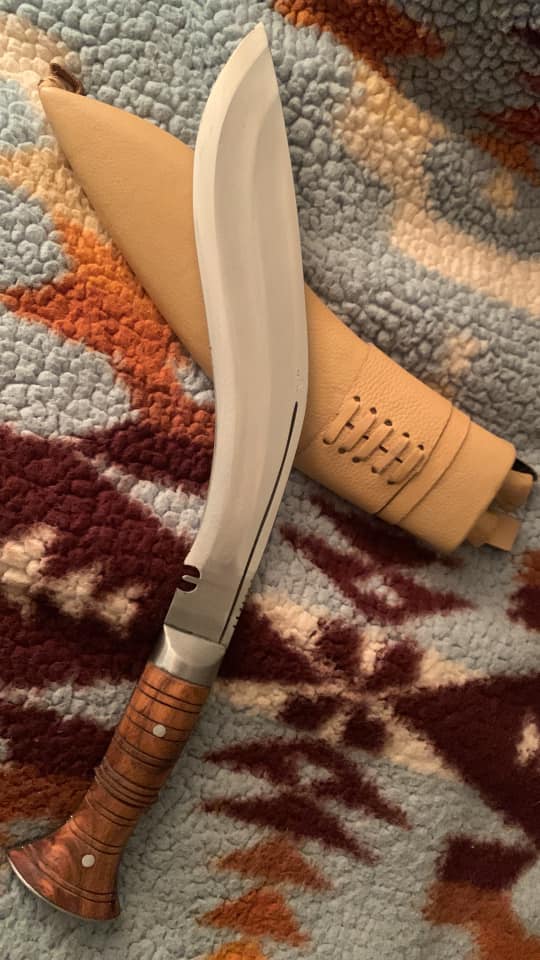 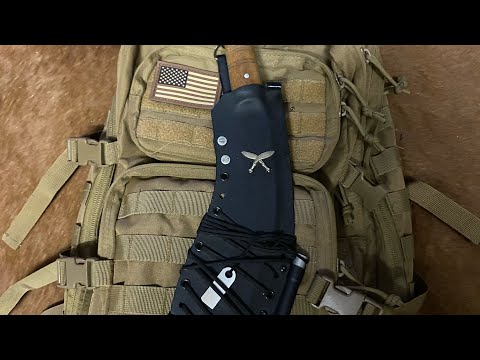 Hi. Today I got my Iraqi Operation Kukri. Very good work and completely meets my expectations. Good balance and very easy to use. Send a special greeting to the blacksmith for very good workmanship. Sincerely Ronny Warberg.

Hi there i would just like to say a big thank you to all of the  team at khhinepal for my new blade which had arrived in the post today im verry impressed with the quality and the amount of craftmanship which has gone in to this peice ill be sure to recomend to all i meet here in the uk me and my family have allways supported gurkas and friends from nepal .

Got this kukri a few months ago and have been using it from time to time to cut felled tree branches for fire tinder and to prune trees. It came in sharp enough to shave paper, which was a pleasant surprise. Managed to get it damaged twice by accident: one small roll when I hit a nail on the cutting surface and another small chip when I hit concrete while chopping wood. Given how it's not meant to hit those materials I would say it held up very good. The damage is nothing I can't fix with a file and whetstones. Also accidentally hit another softer metal surface with no damage whatsoever to the blade but a gash in the other metal surface. The handle and the fittings are still sturdy and there's no damage to the tip. Very resilient. Also used the karda extensively to make wood shavings and I'm surprised it is still in one piece and still sharp enough to shave paper. A very practical tool, I can only recommend it. 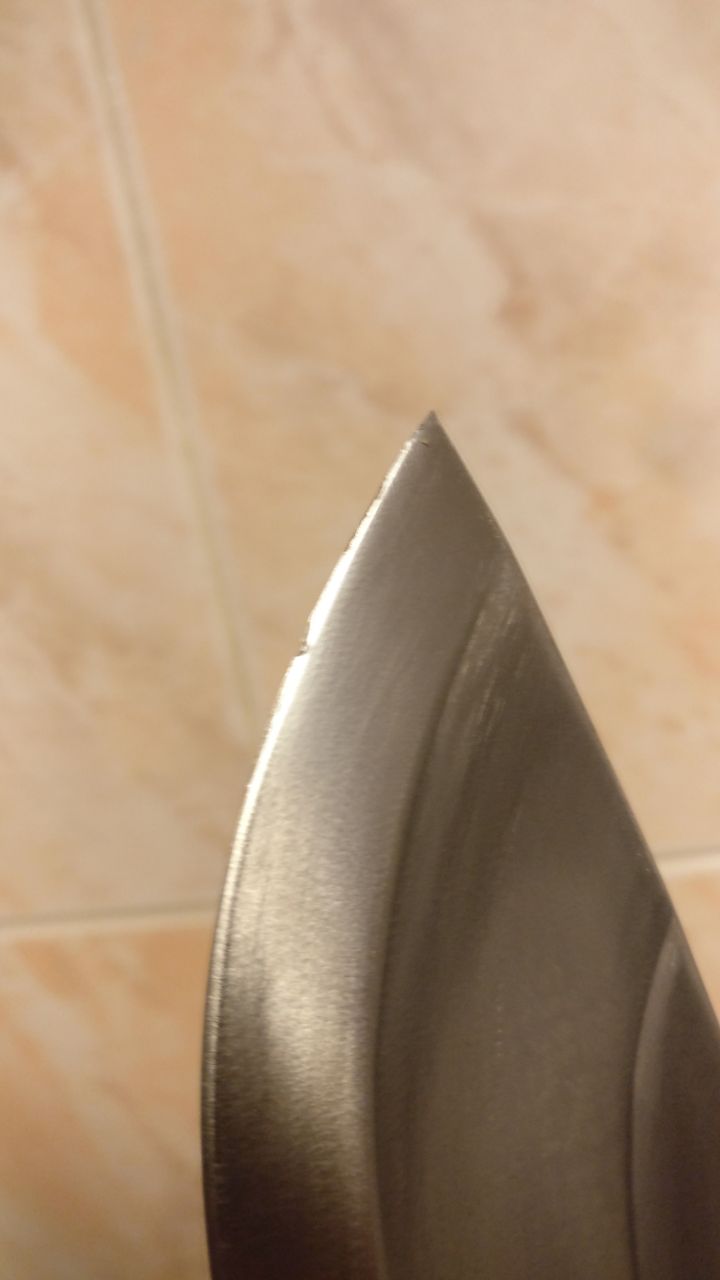 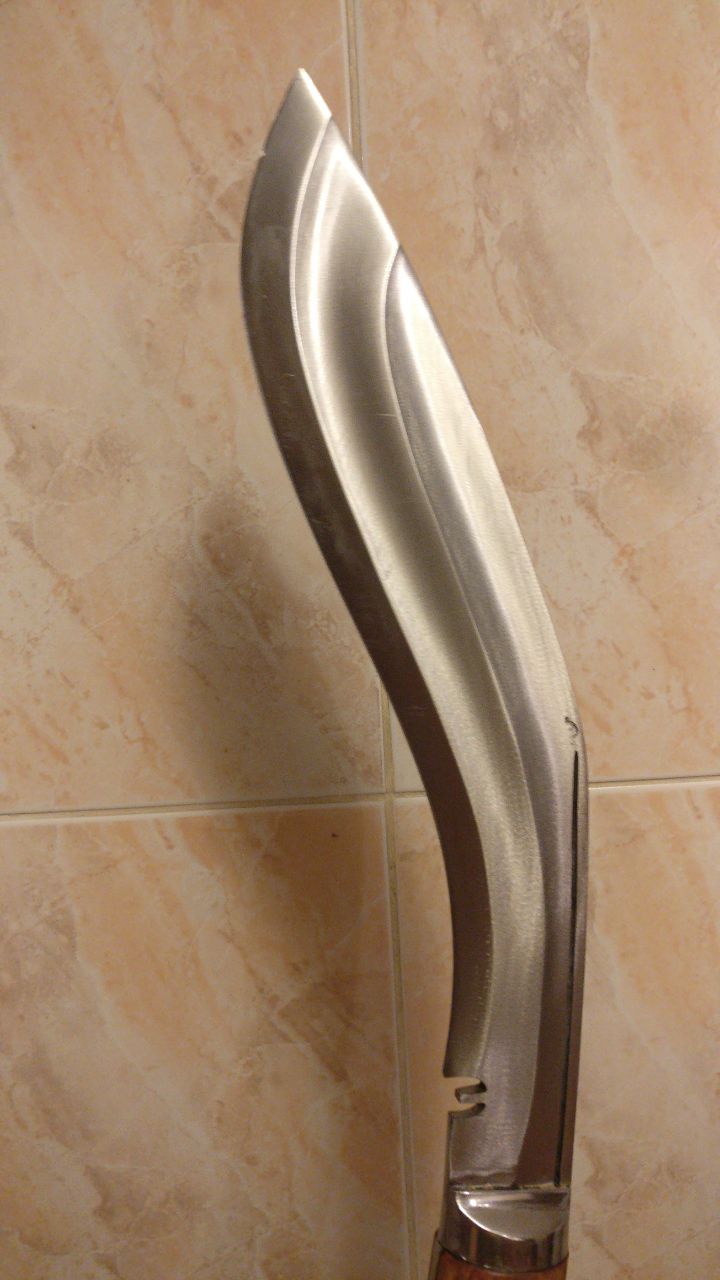 Got my delivery today very happy thank you so much it was a big decision for me to choose as you are well aware there are some dodgy Khukuri makers. I am so impressed with the quality and craftsmanship i will have to be nice to my wife so i can buy more from you guy's so a big thank you again. 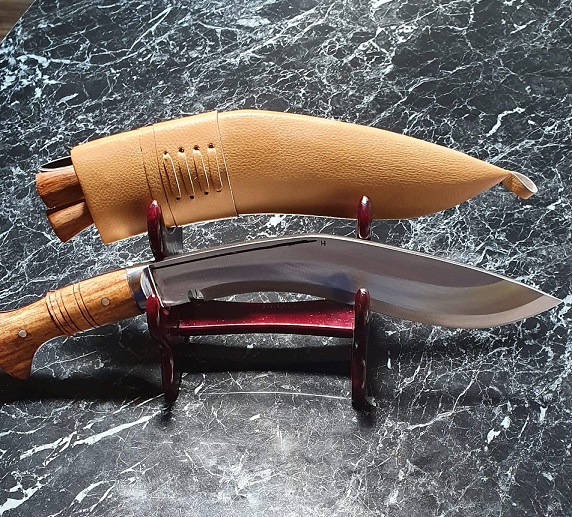 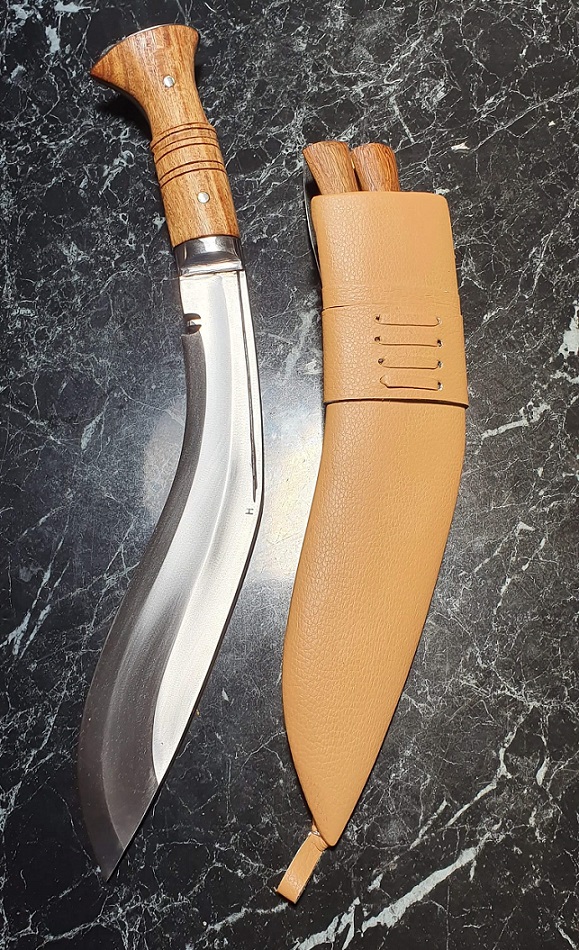 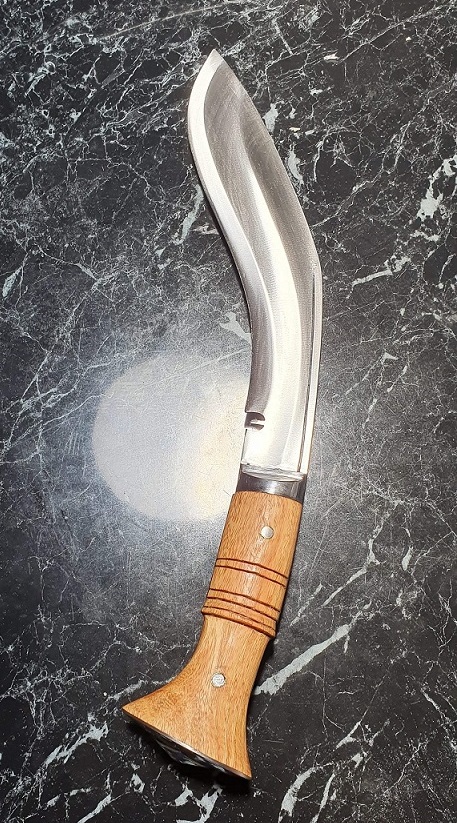 Love this one!!! A absolute workhorse! A blade you can trust .

photo of my normal iraqi while bowhunting 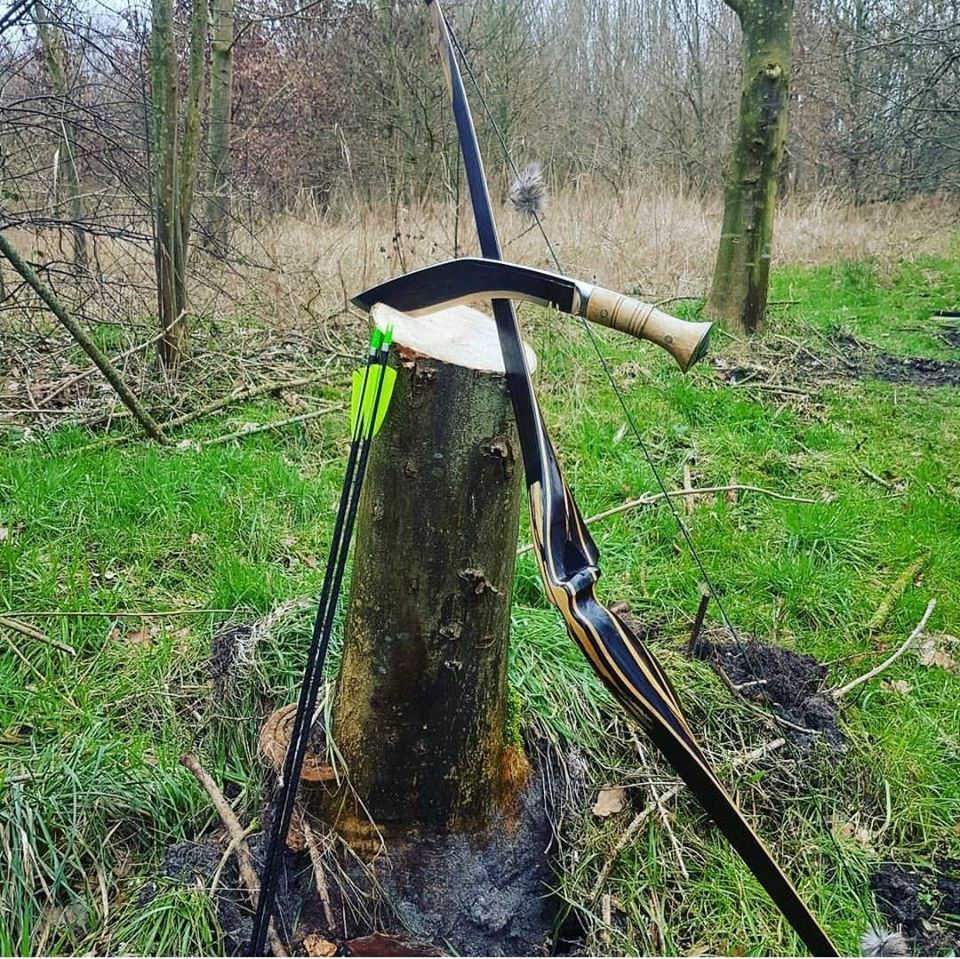 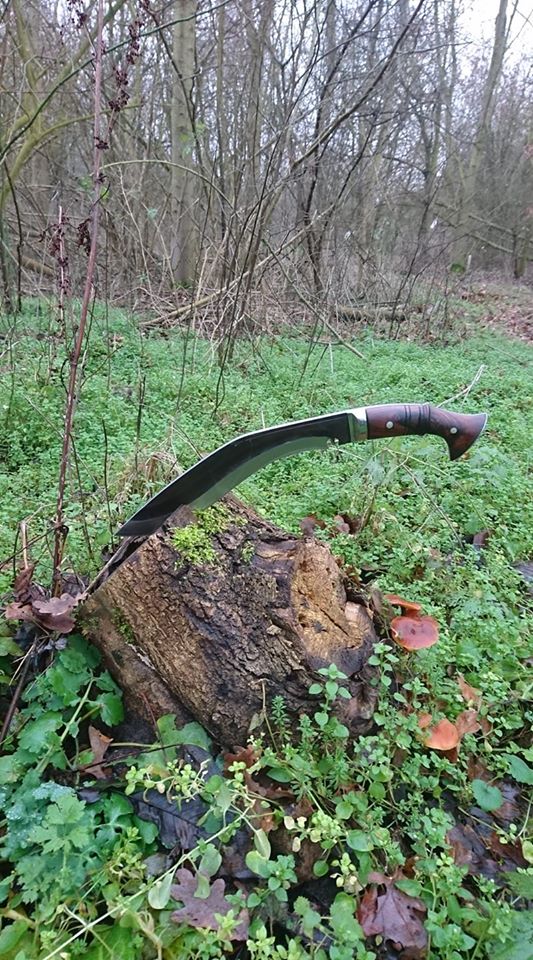 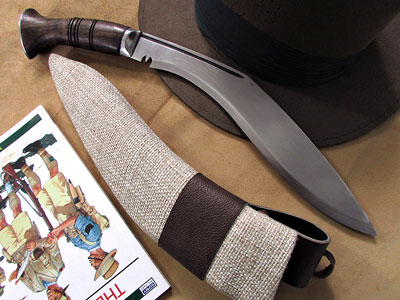 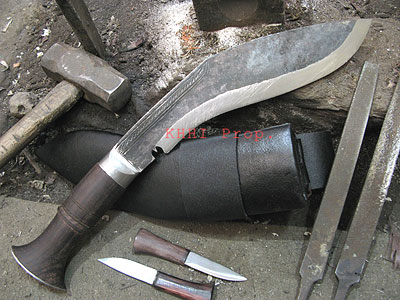 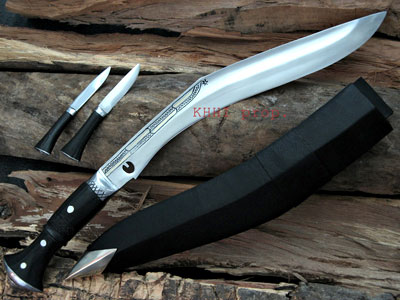 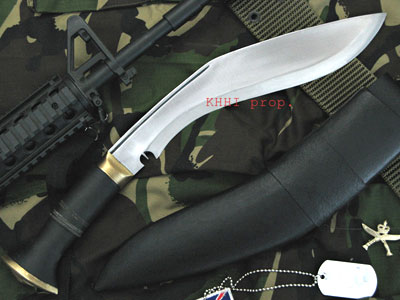