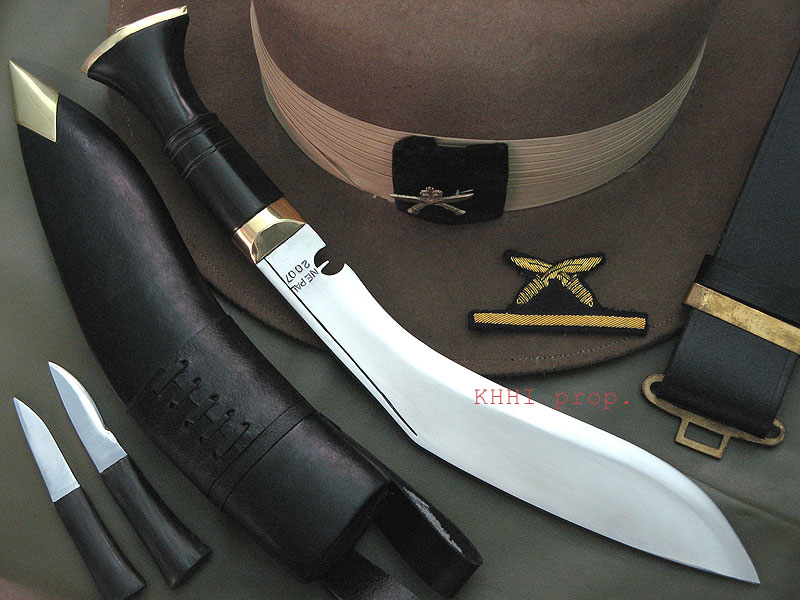 the most famous service kukri knife because its a modern day standard issue with very close ties with British Gurkhas militarily and emotionally - the bond between the two is extraordinary and commendable..

It is one of the two late standard issues of British Gurkha kukris (“Service Ceremonial” being the other one) that came in production from mid 1980’s. It is actually the better version/format of the standard service issue, “GI5”, that was initiated by Til Bahadur Bishwakarma (TB BK) after he retired which he did to better the quality and standard of the service issue kukri given to the British Gurkhas then. It is closely associated to the Gurkhas and a favored version by British Gurkha because of its better look and features compared to its older counterpart. The shiny aspect, better finishing, better shape and smarter look of the new service khukuri perfectly blended with the tidiness and image of the Gurkhas. It thus soon came into limelight and well preferred whose legacy still continues to date. It is also the most famous and common kukri in the local khukuri market sold almost everywhere by everybody. 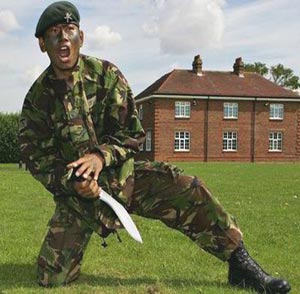 "Service No.1" service or British Standard Issue (BSI) kukri is identical to GI5 except for its well polished blade and handle and its shape that is slightly modified, in fact bettered. With GI5 soldiers had to literally polish the blade with whatever local resources available and thus had to put a lot of time and effort to achieve the objective or the army’s high standard. But with the new British Service No.1 kukri, its already well polished format (inbuilt), not only saved time and energy but also brought tidiness and uniformity to the kukri and uniform as a whole. A standard service issue kukri starting from 1950’s onwards has always been a typical a parade knife so the need for a shiny and smart kukri knife was must for which now soldiers did not have to worry with the Service No.1 kukri. However the soldiers still had to work on the buffalo hide leather scabbard to make it shiny thus most replaced by patent leather from local workshops.
Late 1980’s witnessed huge production of Service No.1 kukri for military procurement. Even more production was seen in the local market to meet the ever increasing demand for a standard service issue “high quality” British Gurkha knife. TB BK’s noble action to shine the khukuri and to better the shape won the hearts of selectors and even of the users. The khukuri then instantly stormed the military and public demand whose copy (proto) is still being used today and production still continues in thousands. 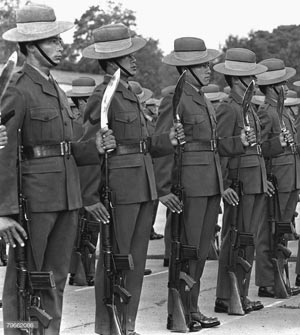 From the formation of 1st Gurkha unit in 1814 to the Great Indian Mutiny in 1857 to the Great War in 1914-18 to 2nd world war in 1944-45 to Borneo Confrontation in 1962-66 to Falklands war in 1982 Gurkhas have been issued with various types of service kukris amongst which Service No.1 is probably the most famous because its a modern day standard issue with very close ties with legendary British Gurkhas militarily and emotionally.
Besides Service no.1’s military and historic significance and close association to the British Gurkhas, it is again a hardcore utility kukri knife that would not disappoint a hard user. Its perfect size and range, well balanced weight, smart finishing and effective feature make it an ideal knife to use for just about anything that requires cutting. It is also THE knife for collection and for a gift due to its inseparable bond with the Gurkhas. The bond between the two is extraordinary, momentous, commendable, unique, exemplarily and encouraging.
“Sarkhari” is a Nepalese term for Government.
Size of blade: 10.5 inch approx
Materials: Water buffalo leather scabbard, water buffalo horn handle, 2 x small knives

:: 'Primitive Gurkha Service Kukri' is also available. Under this method khukuri is made by pure skill, bare hands, and natural raw materials. To know more about this age-old making click Primitive Kukri Making; also u can order directly by clicking on the 'Primitive Version' button above::
Share

I bought my Sarkhari Khukuri as a Father’s Day present to me. For years I had a small “tourist” blade which I tossed when I was bequeathed a “genuine” handmade Khukri by my late Father. My new Sarkhari Khukuri is incredible. Not only is it beautiful but is sharp, strong, functional and superbly crafted. Thank you for the new King Clan family heirloom. 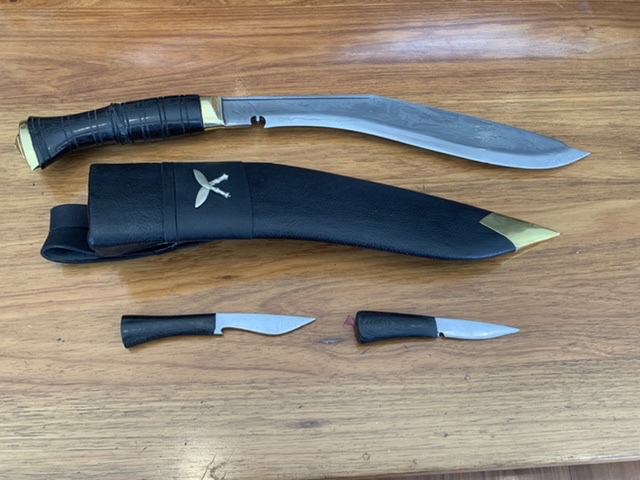 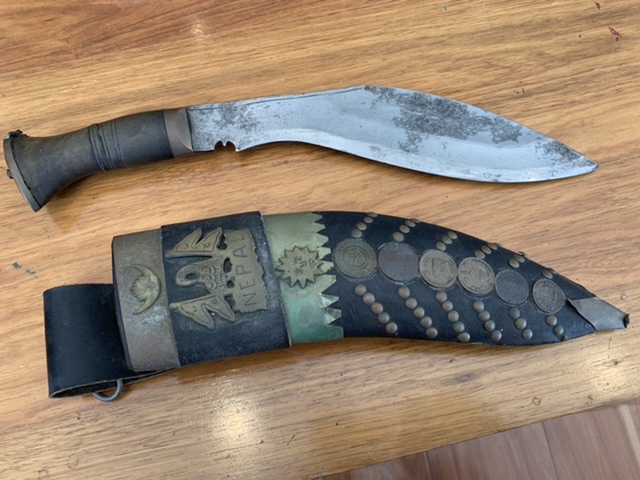 Just received my kukri today and it is beautifully done. I am honored to use this peace of art everyday. Thank you .

My Sarkhari Kukri arrived today. It is wonderful! I just Love it!! My thanks to you and your Kamis! This was my third order from your company and I cannot wait to order another blade. The craftsmanship is exquisite. It is always a pleasure doing business with your company. Kind Regards.. Eric V. 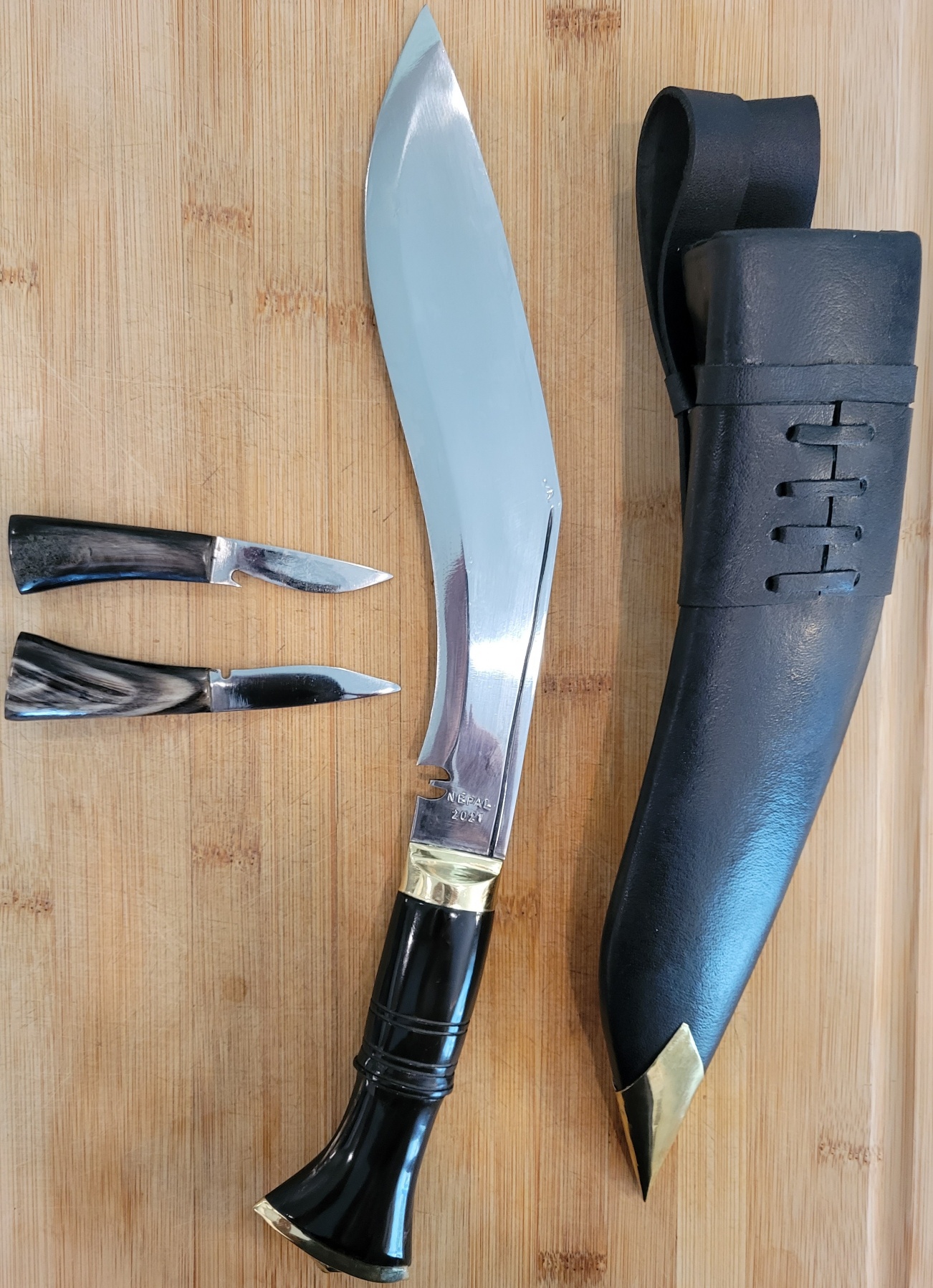 I received my knife and just wanted to thank you for doing such a beautiful job on it. I gave it to my boyfriend for his birthday and he absolutely loves it. Any future sales will definitely be sent your way, thanks so much. Laurie Young from Canada ❤️

I received the knife yesterday in perfect condition. I am in awe of its excellence, design and perfection. A very beautiful knife, its handle and its blade. I am so satisfied that I will be placing another order shortly. Thank you very much it is a great product. Best regards. 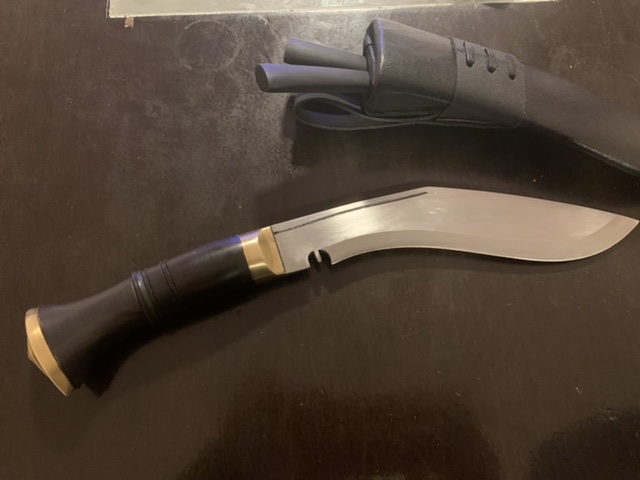 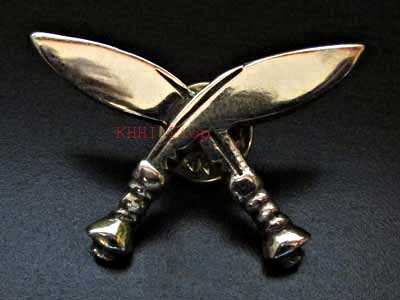 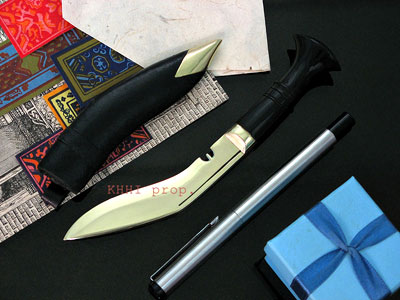 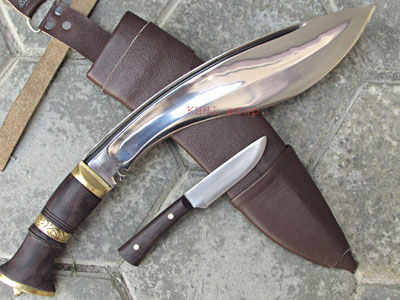 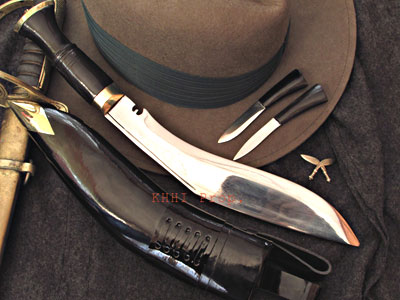