If we didn’t kill them, they’d kill us- VC Lachhiman Gurung

“If we didn’t kill them, they’d kill us.” – VC Lachhiman Gurung

In this final installment of his recollections as a Gurkha soldier in the British Army, Lachhiman Gurung speaks of receiving his Victoria Cross for bravery in Burma. He shares his views on war and describes the horrors of the final days on the Burma front. This and other testimonies of living Gurkha soldiers are taken from lahure ka katha, published by Himal books and translated for Nepali Times in this space every week by Dev Bahadur Thapa. 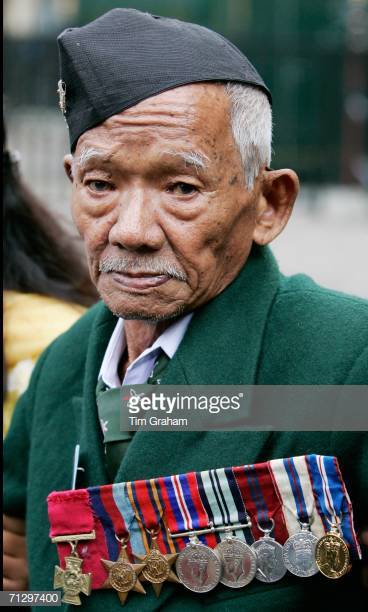 I have no idea where I was kept for five or six days. After that I was on another plane. We arrived at Comilla at well-equipped hospital. Some were bleeding from fresh wounds and others are recuperating. I had a lot of trouble because of my wounded hand. It had to be operated on three times. In the first operation, the hand was only shortened a little, yet it would not heal. So I had another operation where my hand was amputated. I stayed for 22 days in Comilla and was then shifted to Calcutta from where I was taken to Murshidabad for three months. By then I slowly started regaining my strength and was walking as little.

After that I was sent to Poona to get an artificial limb. A Gurkha captain and a lance corporal went as escorts .I was brought back in time for the Dasain festival. I was then told that I was to go to Delhi for the investiture ceremony. It was earlier proposed that to go to London, but I had never been there before and did not know any English. So, I chose Delhi instead of London. My father, mother and elder brother arrived from home for the ceremony. I was awarded the Victoria Cross for bravery on the Burma front, and then I went home.

In the meantime, the armistice was signed. I was on the front only a short while compared to others who spent up to seven years fighting. One of my instructors served right through the war but remained unscathed-well, they command from the rear and face little chances of being hit. On the other hand, we were involved in the front. A number of my comrades-in-arms laid down their lives. Many millions had died. The sole purpose of the war was to lower the population, which it succeeded in doing. Politics warranted the state to lessen its people when it could not provide food and shelter. The sons and descendants of rulers were spared. Ordinary people became victims. Many just disappeared. In the war we focused on fighting and how to do away with the enemy. If we didn’t kill them, they killed us.

Since we were recruited by the British, we had to fight on their behalf. We knew they were fighting the Japanese and the Germans. At that time, Germany was a big power. Physically too, they were bit. They were strong enough to thrust in the bayonet in the body of a Gurkha soldier and then raise his body up. They could squeeze a Gurkha to death using one arm. 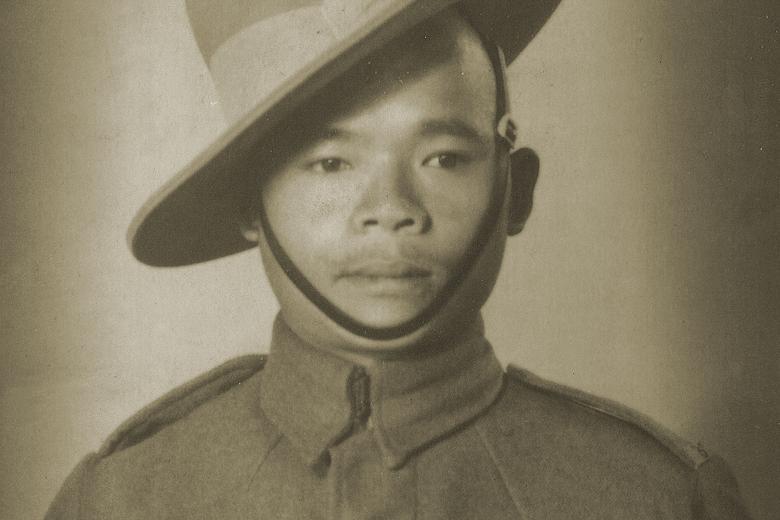 Quite a few Nepalese died in the war. One of them was my brother-in-law. Unfortunately, on one can collect his pension because his father and mother were long dead and as he joined the army as a lad and died in the war, he never had the chance to marry. I enrolled at the age of 22 and was a bachelor. I married only at the end of war. In those days no one could refuse to enlist in the army. I did not inform my family about my own voluntary enlistment till after I had joined the army. I knew how to read and write a little, so I sent them a letter. Since we belonged to family of headmen, our grandfathers had taught us to read and write. Quite a few of the other soldiers were illiterate.