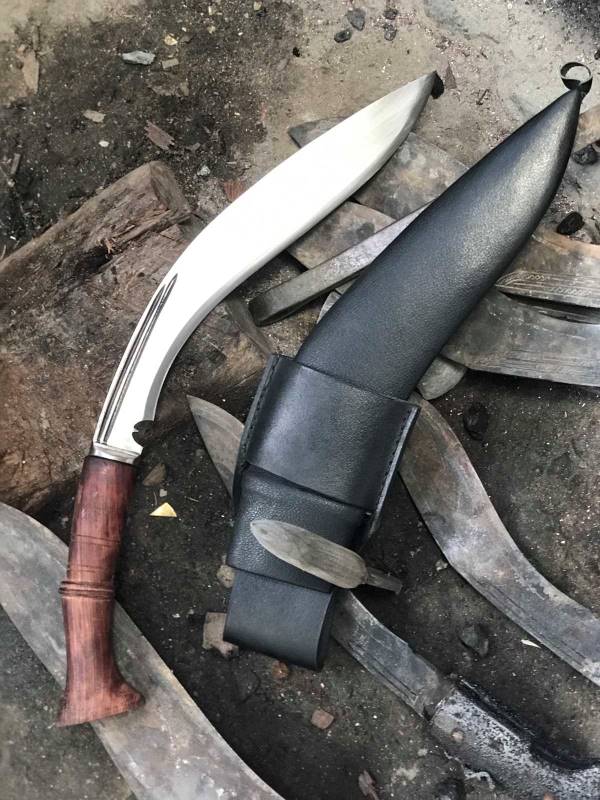 its issuance commenced after the Indian mutiny in ca 1859-60; played its part in the history and development of British, India, Nepal and Gurkhas.. 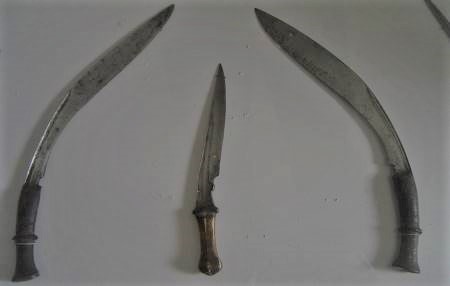 Firstly the Kukri in detail …
The shape is typical having the blade profile on the slender side. It is a heavy curved blade having no shoulder (peak) or breakpoint in the spine. It has a full flat panel forged from spine to edge and then the cutting edge is hammered out. The handle is also typical but quite long compared to the blade’s ratio. It was probably intended for double-hand use if needed when it was first designed. It also gives a good counterbalance while using. The tang is half tang but goes almost till the end (butt) of the handle. It has total unpolished finishing. It has a regular scabbard but a unique frog (see images). No rivets are used but sewn on both sides to fix to the body and then folded and sewn again to make a loop.

This kukri is a war machine that has a proven history of defeating its enemies. It has always been victorious. On the other hand, it is also a very useful cutting knife be it at home or around or away. Gurkhas are mainly farmers and hunters hence they highly depend on their tools and their kukris have never let them down. 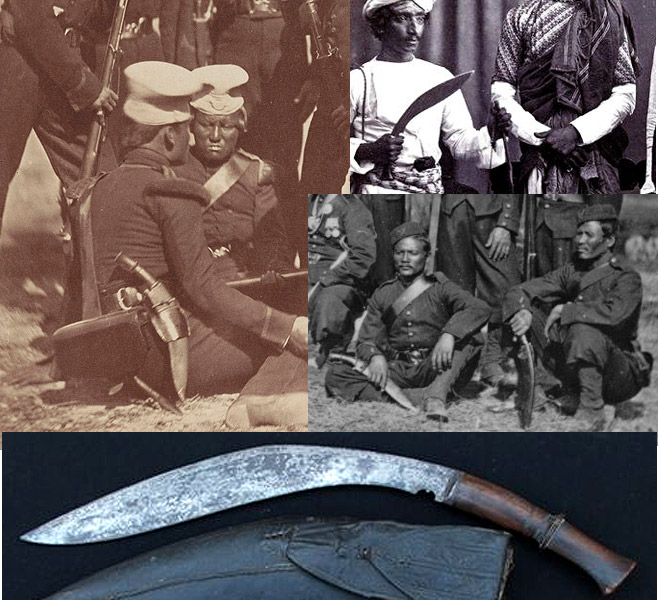 Gurkhas have always carried kukris be it at home or battle, in peace or war, as a weapon or tool. This is something Gurkhas have possessed it spiritually, historically, culturally, and physically. One is incomplete without the other so as to speak …

The Anglo-Nepal (British-Nepalese) war that happened in 1814-16 brought both parties head on in many deadly battles causing huge loss of life and massive casualties but at the same time also created a unique platform on which both parties started to admire and respect one another as great adversary. This was further cemented by the battles in Nalapani and Khalanga in 1815 which consequently brought the war to end and a new chapter had begun in which the British got the right to recruit Nepalese soldiers under their flagship for their benefit under a treaty famously knows as the Treaty of Sugauli. The 1st regiment was formed in 1815 in Malau from the captured POW which was followed by raising the number of Gurkha (Nepalese) regiments to serve the British Indian Army. Obviously Gurkhas main armory was the kukri that not only caught the British’s’ eye but they even started loving this unique knife.

the BIRTH; Digging out its glorious history... 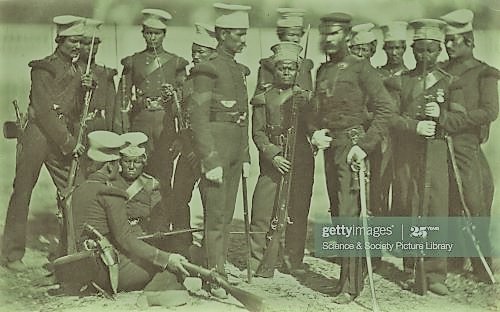 After the treaty, Gurkhas started serving as native troops (back up army) with limited power, duty, and arsenal. But this was soon to change as history had other things to offer. In early 1857 the Great Indian Mutiny exploded led by junior rank native Indian soldiers that was sparked by the cartridge issue. It was something that was long overdue since people (natives) were completely unhappy with the East Indian Company (EIC). Nonetheless, it was successfully suppressed by the company in mid-1858 through various means, resources, and intelligence. After the mutiny, the British Crown (Government) took over EIC and brought many reforms and adjustments in the governing policies, rules, law, and order. Among them Military Reform was key and it was now better institutionalized by the government. It significantly raised the number of 3rd armies who had thoroughly supported the company during the mutiny like Gurkhas and Seikhs along with significant power, role, and authority. Gurkhas who were just like a backup unit until the mutiny was standardized and major changes were brought about to make the unit more effective, powerful, and a vital part of the British Indian Army. In the process, it was modernized with better wears and gears with major roles in the army command. The kukri which may have been ignored till then was made an integral part of their official uniform and its issuance commenced from this era (ca 1859-60). Every new recruit was given kukri as part of the new policy.

Brief background of the invincible GI1. 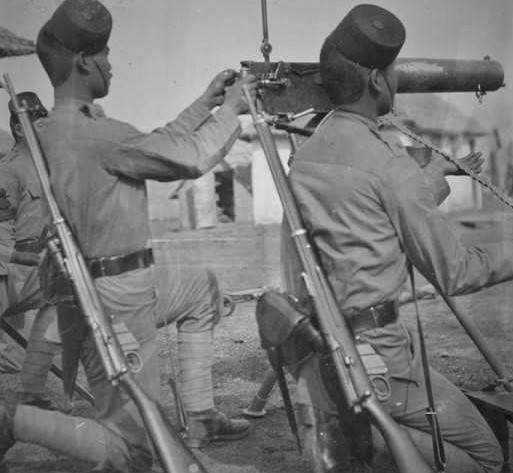 Although there are no documents and official records of the knife, it must have been in the line of already popular and in use model by the soldiers when we carefully observe the various contemporary photos and paintings available. The official blade size was probably around 13-14” having a slender and more curved profile, with longer wooden handle about 6-7” and came with a sheath having a belt holder. The new official issue highly matched with the models used by Gurkhas in Anglo-Nepal wars. Many of the kukris of the era displayed in various museums exceptionally pair up with many images seen of Gurkhas with kukri after the Munity. However, this is just an assumption that cannot be independently verified since the kukri was either never documented or its records lost in time as life moved on. The kukri saw active action in various fonts and objectives like in Punjab Frontier, Afghan War 1878-80, Kabul 1879, Kandahar 1880, Tirah, Chitral, and as far as Burma (1885-87) and China 1900, etc. This service kukri definitely played its part to the fullest in the most crucial event (turning point) in the history and development of British, India, Nepal and the Gurkhas themselves. 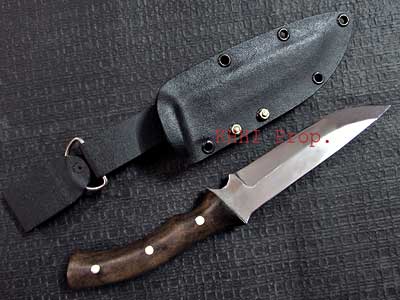 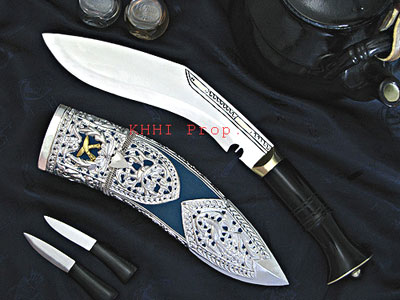 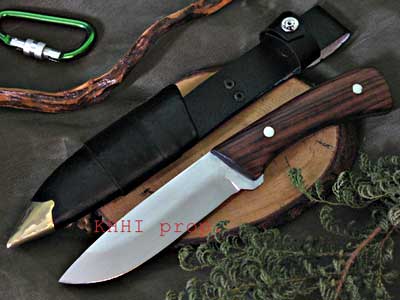 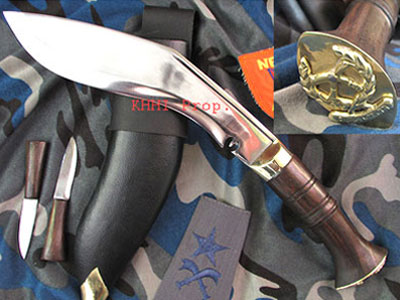