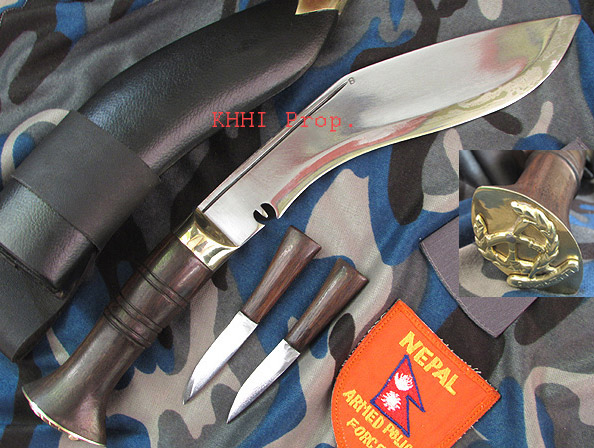 Carrying it will definitely honor all the jawans who lost their lives for the institution, country and above all for their Belief..

APF is one of the crucial institutions of Nepal raised for special tasks related to combat, security and support that holds a key position and responsibility into building and bettering the nation. All new recruits are issued with a khukuri like in other national forces of Nepal like Nepal Army and Nepal Police. The khukuri is carried until Lower Rank Officer and is carried with pride, honor and securely.

APF khukuri is same as the “Nepal Police” version except it has its own monogram at the back of its hilt (see photo). It’s shape and style is traditional. The blade is 9 inch long, little fatter than regular versions and is well polished. Handle is made from wood, is about 5 inch long (over-all) and has brass fixtures (bolster and butt cap). APF’s own monogram is fitted in the butt cap as “ID” of the knife which is the unique feature of this khukuri. Black leather sheath having a brass tip and belt frog is used as the cover of the blade.One set of traditional accompanying knives, called the Karda (small knife) and Chakmak (Sharpener), complete the set. The khukuri is actually a Dress and Duty knife but also occasionally used for other purposes. Most jawans (recruits) prefer to use their own khukuri of choice for activities and actions like exercise, training, combat, warfare etc. No stampings of any sort is done in the blade.

APF khukuri is a perfect collectible and utility knife (well made for working). Carrying it will definitely honor all the jawans who lost their lives for the institution, country and above all for their “Belief”. 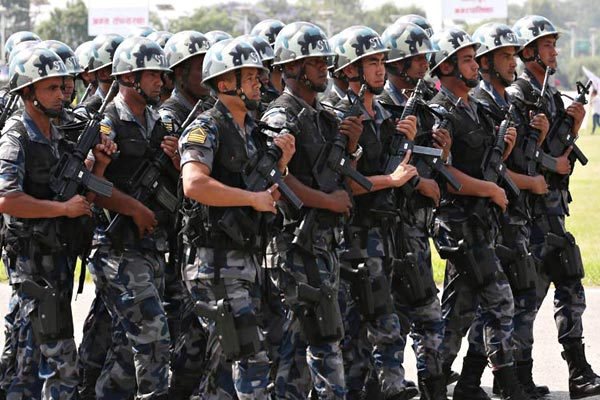 The Armed Police Force of Nepal (APF) is a paramilitary land warfare force tasked with counter-insurgency operations in Nepal. It functions as a semi-military wing, and occupies a sort of dual role as both military and law enforcement. Service is voluntary and the minimum age for enlistment is 18 years. Initially founded with a roster of 15,000 police and military personnel, the Armed Police Force is projected to have a corps of 43,000 at the close of 2018.

In February 1996, the ideologically Maoist Communist Party of Nepal operating as the United People's Front of Nepal initiated what was then dubbed the "People's War". Ensuing armed resistance and criminal activity escalating from the conflict motivated King Gyanendra to consider amassing an independent police force. Subsequently, the Armed Police Force was founded on the 24th of October 2001. Late Krishna Mohan Shrestha of the Nepal Police (then serving as Additional Inspector General of Police) was its first Chief.

Currently, Mr. Raju Aryal is the Inspector General of the Force.

I received my APF Police Khukuri in the mail and was absolutely stunned by the craftsmanship. When I first saw it, I felt it was too short, almost like a knife. But once I hold it in my hand and tested it, I could feel the weight of the blade assisting your arm as an extension dropping onto the target, sweeping it away in one or two blows. This is an incredible and strong khukuri. I am satisfied with this purchase and glad to add it to my collection of work khukuri’s. 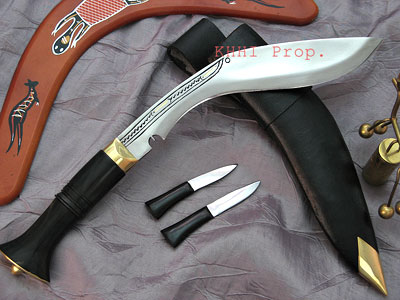 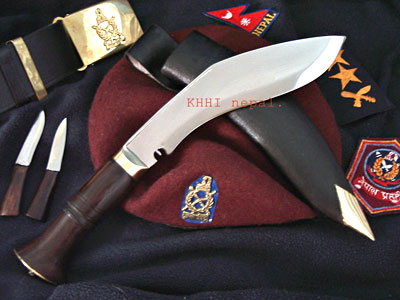 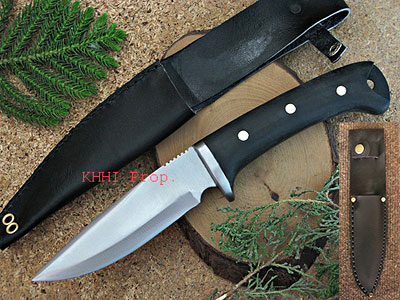